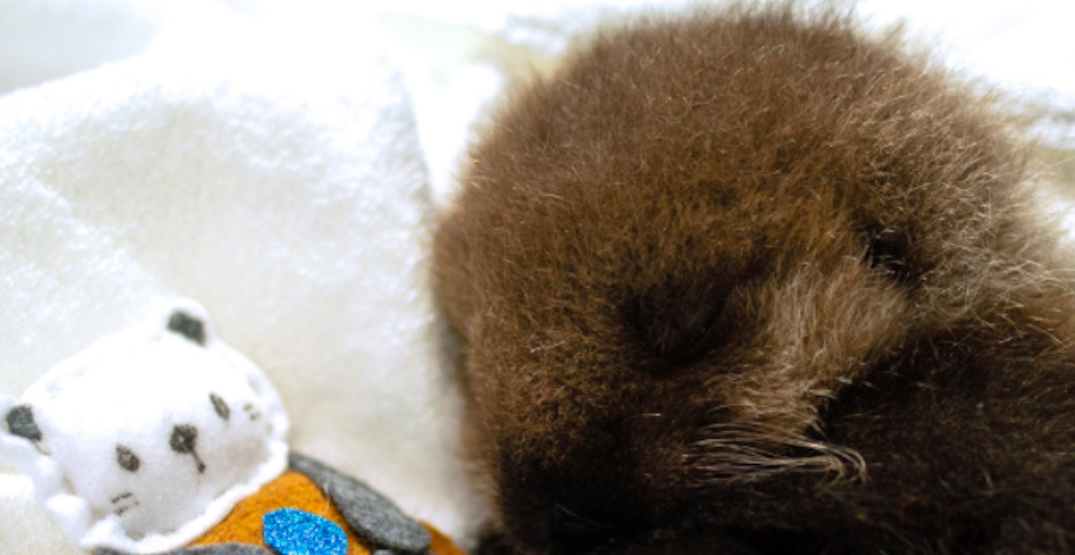 An orphaned male sea otter pup — estimated to be just 10 days old — is now in intensive care at the Ocean Wise Marine Mammal Rescue Centre at the Vancouver Aquarium.

According to the centre, the pup was discovered near Kyuquot after a concerned member of the public “heard it vocalizing overnight” on July 2 and discovered a deceased adult sea otter in the area, presumed to be its mother, the following morning.

Staff have named him Joey as a tribute to a long-time supporter who helped reopen the centre this season. Volunteers and staff members are rotating shifts to feed, bathe, and groom the newborn pup. 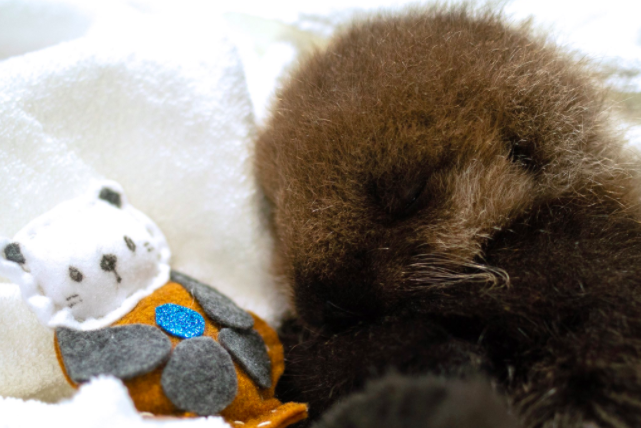 “It was really an incredible effort to get him to the Rescue Centre safely,” said the centre’s manager, Lindsaye Akhurst. “He wouldn’t have been able to survive much longer on his own, so we’re really grateful that we were able to get him treatment quickly.”

Rescue centre staff coordinated the rescue effort alongside the Fisheries and Oceans Canada early Friday morning to mobilize a community effort to transport the pup to the Vancouver-based rescue facility. The pup was flown by Air Nootka seaplane from the Kyuquot Village to the YVR south terminal and brought into the hospital shortly after.

“Sea otter pups are incredibly dependent on their mothers for the first six months of their lives,” said Dr. Martin Haulena, head veterinarian at the Marine Mammal Rescue Centre. “This pup would normally learn to groom, swim and feed from its mother, so he has quite a long journey ahead of him.” 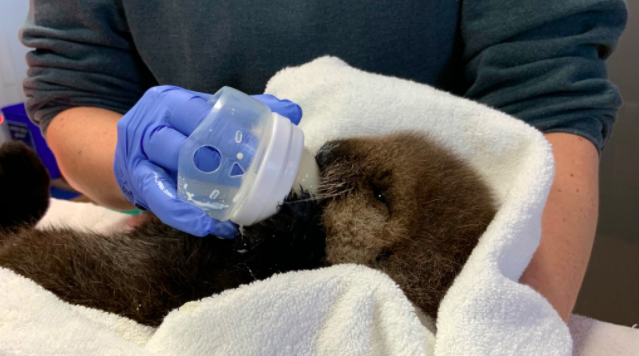 At this stage, Haulena said, “he’s definitely hypoglycemic and hypothermic, but he’s starting to feed well, so that’s a good sign.”

The Ocean Wise Marine Mammal Rescue Centre — a hospital for sick, injured, or orphaned marine mammals — is the only one of its kind in Canada. Under authorization from DFO, the team rescues, rehabilitates, and releases more than 120 animals each year. The veterinary team provides medical treatment to harbour seals, sea otters, sea lions, sea turtles, elephant seals, whales, dolphins, and porpoises.

The Ocean Wise Marine Mammal Rescue Centre was able to reopen its doors last month thanks to an outpouring of support and donations from the community while facing closure. The rescue centre is supported by revenue generated at the not-for-profit Vancouver Aquarium and was at risk of remaining closed this season due to the Aquarium’s three-month closure and ongoing financial hardships.