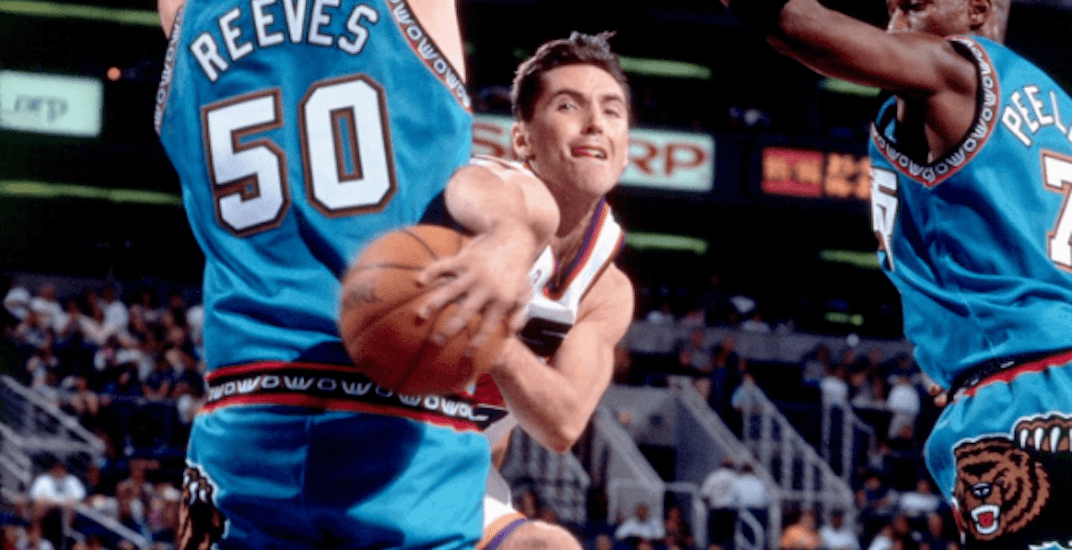 If you still miss the Vancouver Grizzlies, you’re in for a rare treat this week.

TSN is broadcasting five Grizzlies games from their Vancouver days in the next three days, beginning with two games tonight.

It begins with the first-ever game in Grizzlies franchise history, against Portland in 1995, and ends with the last game before the team moved to Memphis, against Steve Francis and the Houston Rockets.

Here are the feeds for the games as well. Could be some good throwback content. pic.twitter.com/Nz58RHfxu3

Other highlights include the first-ever all-Canadian matchup in NBA history (Grizzlies vs Raptors from 1995) and a game against Steve Nash during his rookie season (Grizzlies vs Suns from 1997).

Noticeably absent from the list of games are perhaps the two most memorable games in Vancouver Grizzlies history, their first-ever home game and Michael Jordan’s first visit to GM Place in 1995.

But hey, beggars can’t be choosers.