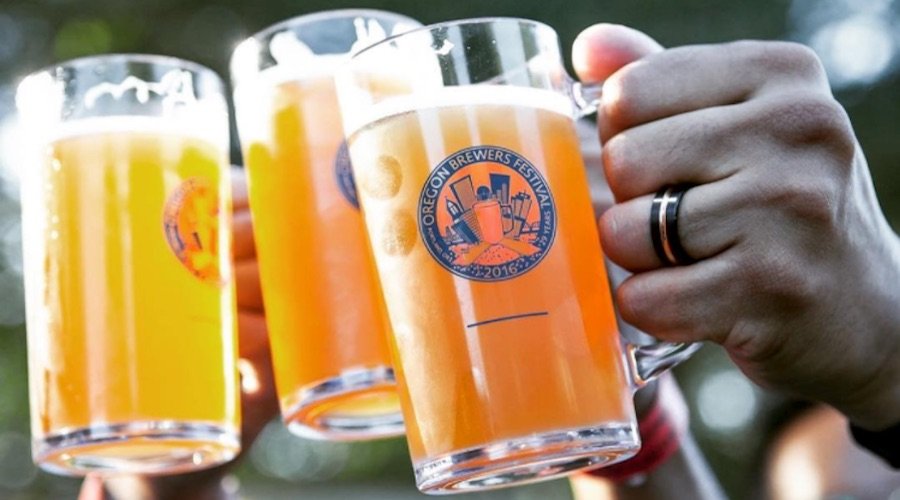 In Vancouver we are spoiled: we have access to a ton of local breweries and a number of quality festivals year-round that give us the chance to sample everything BC has to offer. But, just over the border, there is a beer festival that any self-respecting beer lover can’t ignore: the Oregon Brewers Festival.

Now in its 30th year, the festival has a lot to offer, and perhaps a little to teach our own local festivals.

The Oregon Brewers Festival got its start in July 1988 as the brainchild of Art Larrance, founder of Portland Brewing Co. He had been to Oktoberfest in Munich and wanted to create a similar atmosphere while exposing locals to the variety of good microbrews.

Back then, if you can believe it, there were only four microbreweries in operation in Portland: BridgePort, McMenamins, Portland, and Widmer. Larrance likely didn’t realize at the time that this little festival of his would become one of the premier craft beer festivals in the US, and attract well over 80,000 people per year!

Seriously, if you think that Vancouver Craft Beer Week is awesome (and it is), then this festival is like beer heaven. There are over 90 craft beers in the main festival, and another 90 or so rotating small batch beers in the Specialty Tent. The event also offers live music, beer-related vendors, beer memorabilia displays, home brewing demonstrations and an assortment of food vendors.

Here’s the best part…it’s absolutely free to attend! Well, there’s a catch; you have to buy the festival glass ($7 US) and then of course drink tokens ($1 US) but that’s a low barrier of entry to a festival that claims the title of the largest of its kind.

Running from July 26 to 30, craft beer lovers from all over are going to descend on Portland. If you’ve had a chance to try any of the beer on tap at Portland Craft, then you already know there’s some quality beer to be had. Portland is such a beer mecca there’s even hotels designed with the beer lover in mind!

Take some time to explore more Pacific Northwest beer from our neighbours to the south, it will be well worth your time!

When: July 26 through 30, 2017
Where: Tom McCall Waterfront Park –  300 SW Naito Parkway, Portland, Oregon
Cost: Purchase mug and tokens on site; admission is free. Note: Minors under 21 only admitted with parent.