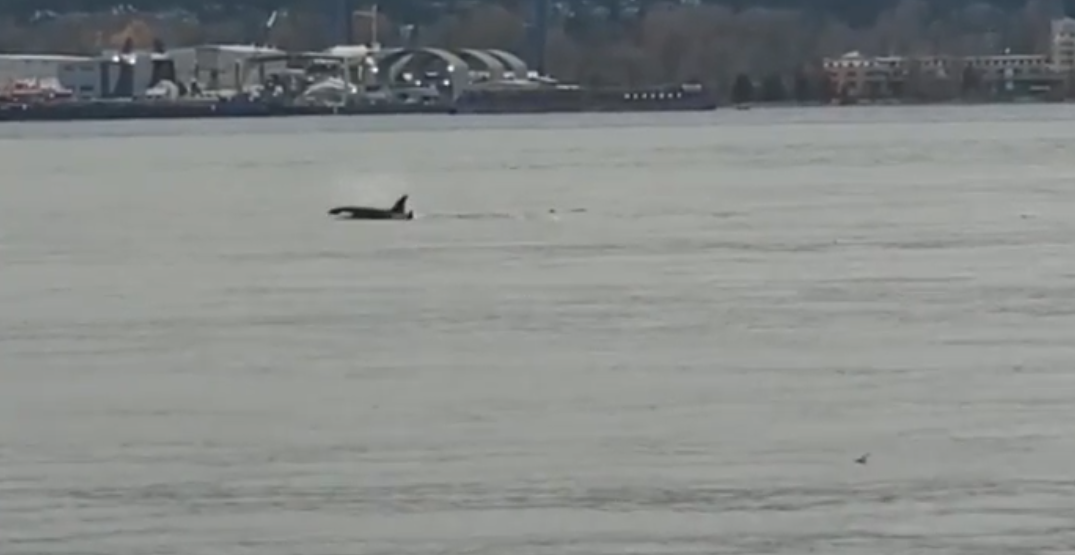 It was a fairly grey day in Vancouver on Monday, but some lucky people in Coal Harbour saw a special treat when a group of orcas swam close to shore.

At least three whales were spotted in the waters of Burrard Inlet, and one Reddit user shared a video of them breaching with North Vancouver in the background.

There were two larger whales and one smaller one, which may have been a calf. All three whales expelled air from their blowholes before diving back underwater.

Orcas, also called killer whales, are spotted in Burrard Inlet on a fairly regular basis. Most recently, a Harbour Air staff member shared a video of the whales swimming right next to the seaplane docks at the Vancouver Convention Centre.

In the most recent clip, a seaplane can be seen taking off in the background as the whales come to the surface.