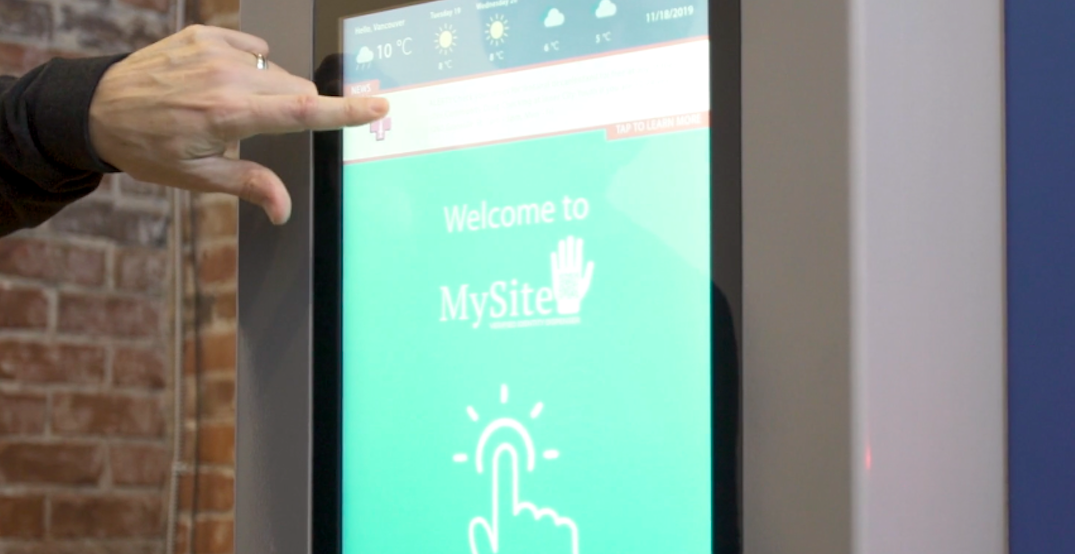 Unveiled on Friday, the machine is the brainchild of the project’s lead, Dr. Mark Tyndall, a professor at UBC’s School of Population and Public Health.

The machine has been designed to help ensure people have access to a safe drug supply, thereby mitigating the potential for an overdose.

“There’s two points to a safe supply,” said Tyndall. “One is the obvious thing is that if in one hand, you have deadly fentanyl, and in the other, you have a pharmaceutical drug with known dosage, the person who takes the known dosage will not overdose.”

The project is known as MySafe, and is meant to be used by registered opioid users, who have undergone a series of evaluations.

These users are then prescribed a heroin-alternative called hydromorphone which is given to them on a set schedule.

“You access the machine through biometrics,” Tyndall explained. “It reads the vein pattern on the palm of your hand, you put your hand up to the machine, it ‘welcomes’ you, and dispenses the drugs in a little box at the bottom.”

According to Tyndall, the idea behind the project — and the machine — “is to break the cycle…and the hustle” [people] go through to access their drugs.

As for the machine itself, Tyndall described it as “basically an 800-pound secure dispensing machine — much like an ATM — where -people can get a safe supply of drugs.”

The drugs themselves are are “stored safely stored in the machine, and the access is air tight.”

For Tyndall, the machine is as much about making sure those who use drugs have a safe supply available to them, as it is about helping those same people “stabilize their routine a little bit more by having a secure and safe place where they can get their drugs.”