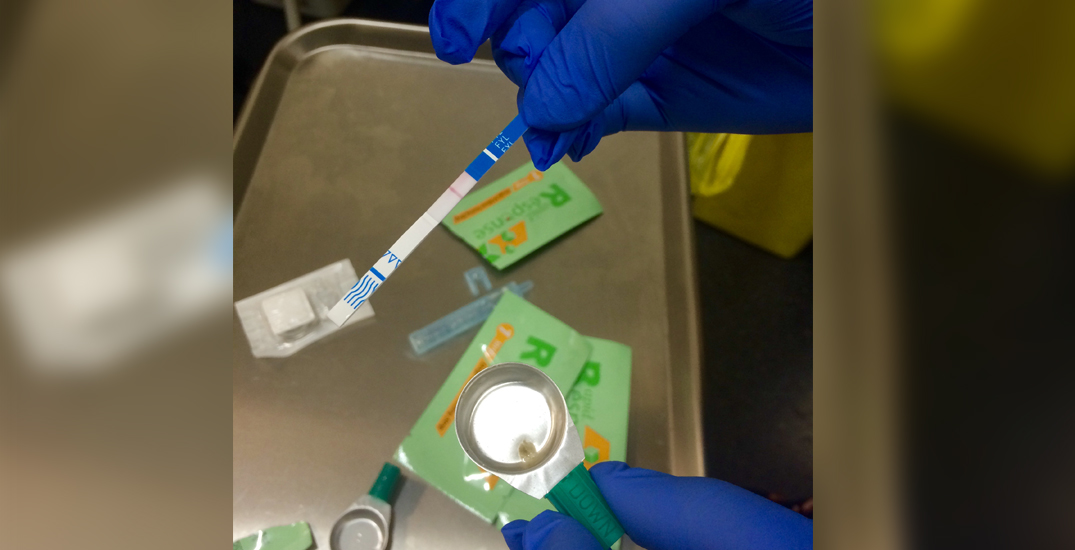 The strips reveal whether your recreational drugs are contaminated with fentanyl — a potent and deadly opioid that’s been found in drugs sold as heroin, cocaine, and MDMA.

“Providing people with a simple, convenient way to check if their drugs contain fentanyl may help them avoid an overdose, and reduce the number of lives lost due to the contaminated illegal drug supply on our streets,” Judy Darcy, BC’s Minister of Mental Health and Addictions, said in a news release.

Later this month, they’ll also be available at Three Bridges and Robert and Lilly Lee community health centres, plus locations in Powell River, the Sunshine Coast, and the Sea to Sky region.

The strips were originally used to test urine samples for fentanyl, but you can test a drug before using it by dissolving a small amount in a few drops of water and dipping the test strip in the solution. It should tell you in a few seconds whether your drugs contain fentanyl.

VCH already offers free drug-testing at several of its overdose prevention sites, but that requires people to bring their drugs in person to be tested by staff.

“We know that not everyone can or wants to go to these sites, especially in light of the stigma that people who use drugs can face,” said Dr. Mark Lysyshyn, medical health officer with VCH.

New research suggests at-home testing is just as effective at preventing overdoses, which prompted VCH to offer the take-home strips for free.

The research by VCH, Interior Health, and the BC Centre for Disease Control found 27% of 994 people in the province given take-home testing kits made a safer choice if their substance tested positive for fentanyl. A safer choice includes not using the substance, using less of it, using it at an overdose prevention site, or using with a friend.

Nearly all of the study participants said they’d use a take-home fentanyl testing kit again.