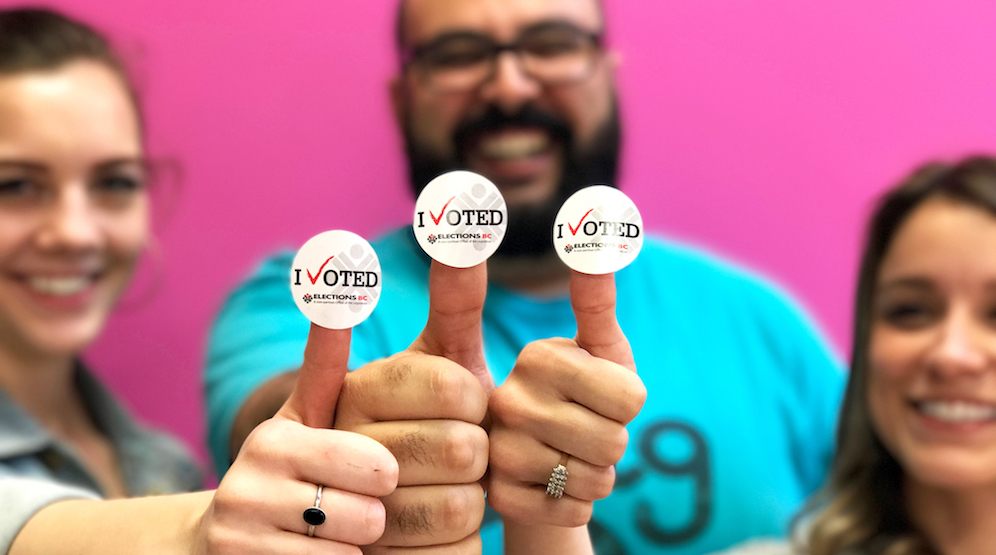 As BC begins to wake up and rub its eyes after one of the closest elections in recent history, there are many things that still remain uncertain.

Will Christy Clark and the BC Liberals be able to form a minority government? What impact will recounts and absentee votes have on the final result? And what role will the Greens play in all of this after a historical night for the party?

But one thing that is crystal clear after the 2017 BC Election is that your vote matters.

There’s a long way still to go but right now the fate of the election rests on just nine votes. Yes you read that right, NINE!

Every vote counts on election day, but nowhere was that more true than in Courtenay-Comox where NDP candidate Ronna-Rae Leonard beat out the BC Liberals by a single digit margin.

A recount has already been ordered (one can be requested if the difference between the top two candidates is 100 votes or less) and absentee votes (to be counted between May 22 and 24) might still have an impact on the overall picture. But on election night, that result was the difference between a majority and potential minority government.

Courtenay-Comox wasn’t the only riding that was too close to call on the night. Areas like Maple Ridge-Mission and Coquitlam-Burke Mountain, among others, were separated by just dozens of votes.

So imagine if you lived in Courtenay-Comox and decided not to vote.

Maybe you had other plans, maybe you didn’t think that your vote would make a difference, maybe you just couldn’t be bothered.

But one thing for sure is that your vote could have had a profound impact on the entire election.

Ahead of the election we found that an overwhelming number of our readers were desperate to get out and vote. From new citizens who were casting their ballots in BC for the first time to young people motivated by jobs, housing, and affordability; they wanted to make their voices heard.

And as a record number of advance votes were cast in the build up to the election, it had looked like we’d see a large turnout come Tuesday night.

However projections this morning are pointing to a 57% voter turnout, a meagre increase on the 55.32% of eligible voters who voted in 2013.

That means that more than 43% of the electorate didn’t vote.

That’s 43% of British Columbians who didn’t want to have their say on how their province is run, how much they take home in their pay packet, or how the environment around them will be impacted in the coming years and decades.

And in a world where people less fortunate than us are dying simply for the opportunity to have their voices heard, is that really acceptable?

Look I get it, it’s easy to feel apathetic towards politicians. It’s easy to feel like they don’t represent your interests or that your voice will be drowned out by the hum of billionaire donors.

And that might be true for the other 364 days of 2017. But yesterday was the one day when your voice mattered. When your vote was worth as much as everyone else’s, no matter how powerful they were or how much money they had in the bank.

And that’s why democracy is such a beautiful thing.

At the end of the day it doesn’t matter who got elected, it doesn’t matter if the night ended in confusion. What matters is that you had a chance to dictate the future of your province. To have your say on your future.

And whether your riding was won by a few votes or a few thousand, don’t ever make the mistake of thinking that your visit to the polling station wasn’t important.

At the end of the night BC spoke, and in the end it wasn’t entirely clear what they had said. There seems to be a clear divide in the province between those who want to stick with the status quo, and those who want change.

But if every eligible voter had made their voice heard last night that divide might be a lot smaller, in fact we might have a much clearer picture of what the future of our province looks like right now.

Follow all of Daily Hive’s BC Election 2017 coverage here: Battleground BC.