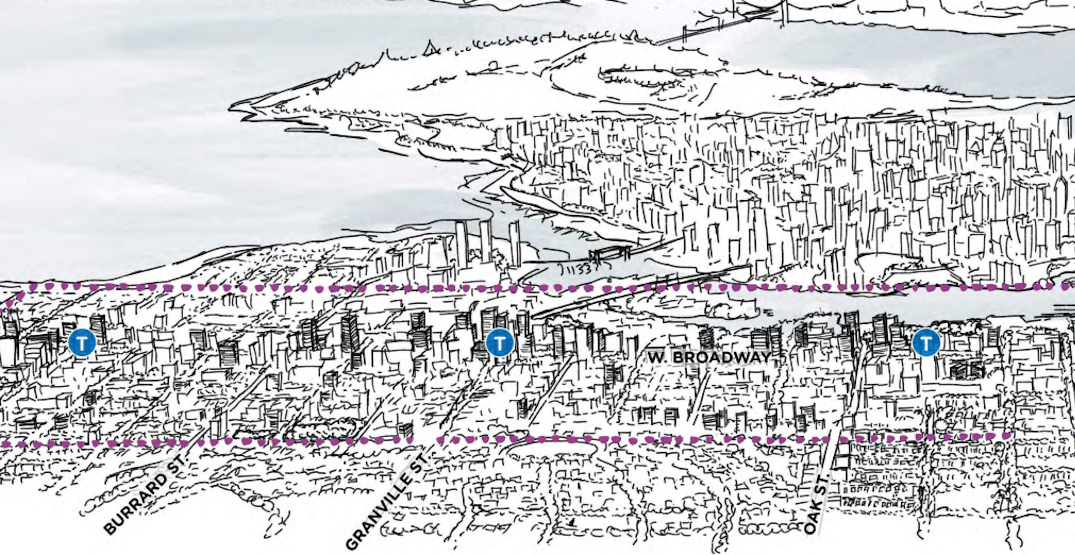 On Wednesday, May 18, Vancouver City Council will debate approval of The Broadway Plan, a 30-year local area plan that will chart the growth for the neighbourhoods from Vine to Clark Drive north of 16 Avenue. The Broadway Plan is the single largest and most important policy issue of a council term dominated by chaos and crisis.

Their decision will shape the future of the city for decades and set a wide-reaching precedent for the region. 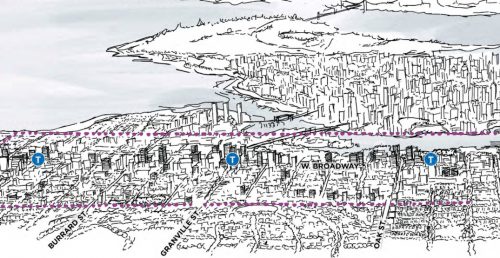 In just five months, Vancouverites will have a chance to respond to the council’s decision in the municipal election.

As a citizen, a renter, a parent, and the Co-Chair of the City of Vancouver’s Renters’ Advisory Committee, I strongly encourage our council to support The Broadway Plan and set Vancouver on a path of inclusion, vibrancy, affordability, and growth over the next thirty years.

The Broadway Plan has undergone three years of robust planning and consultation, it represents a plan that would transform the heart of our city for the better, and most importantly – it’s the plan we’ve got.

This council has extensively consulted on drinking in parks, expanded patios, the Broadway Plan, and the Vancouver Plan.

The consultation is endless, but decisive action has been lacking.

Broadway – Vancouver’s second downtown – is currently home to 78,000 people and hosts jobs for more than 84,000, including the VGH medical precinct and a growing tech cluster. The plan expects to add up to 50,000 residents and 42,000 jobs over thirty years.

We face a cost of living crisis, with a potentially stalling global economy and skyrocketing prices for the average Vancouverite. This plan responds by bringing people closer together and providing them access to some of the highest paying jobs in urban British Columbia – the jobs we all agree we want more of.

We face a historic housing crisis. The Broadway plan commits to the strongest renter protections in North America, with a Right-to-Return for renters at existing rents or 20% below the market rate. It does this while planning for 2/3rds of new housing to be secured market rental, below-market rental, or non-market housing. That will help us tackle housing affordability in this city and across the province.

Broadway hosts the largest proportion of affordable rentals in the City of Vancouver today, but it’s affordable because the buildings are over fifty years old. To remain livable that aging housing stock will need to be torn down to the studs regardless of whether this plan goes ahead.

If we don’t move forward with the Broadway Plan, current residents will be facing renoviction, and have no opportunity to stay in their neighbourhoods.

As we face a climate crisis, the Broadway Plan offers the opportunity to build density at rapid transit stations along the busiest bus route on the continent, connected to a Skytrain line that is the core of TransLink’s Transport 2040 strategy.

Buildings are responsible for more than one-third of all emissions in British Columbia, and building density along rapid transit lines is the best way to reduce both building and transportation emissions in order to get to net zero by 2050.

The Broadway Plan is critical to Vancouver’s success 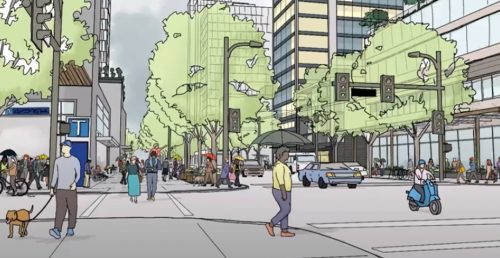 Example building forms next to a future SkyTrain station and a four-lane road configuration for Broadway, under the Broadway Plan, November 2021. (City of Vancouver)

The Broadway Plan aims to build a great street – building plazas, increasing tree cover, and potentially daylighting some of the dozen creeks that are currently paved over and feed into False Creek. With this plan, we can embrace our legacy as a city that not only loves nature but nurtures it.

We will welcome thousands of residents per year into the heart of our city. If Vancouver wants to host FIFA, Formula E, and the world’s first Indigenous-led Olympic Games, we must greet the world with a city that offers solutions to the crises of the 21st Century instead of squabbling over the politics of the 1900s.

It’s time for Vancouver to grow up into the global city we claim to be.

That requires the maturity to work together toward better, instead of waiting for a perfect that will never come.

The Broadway Plan is a step forward at a time when Vancouver can’t afford to fall behind.