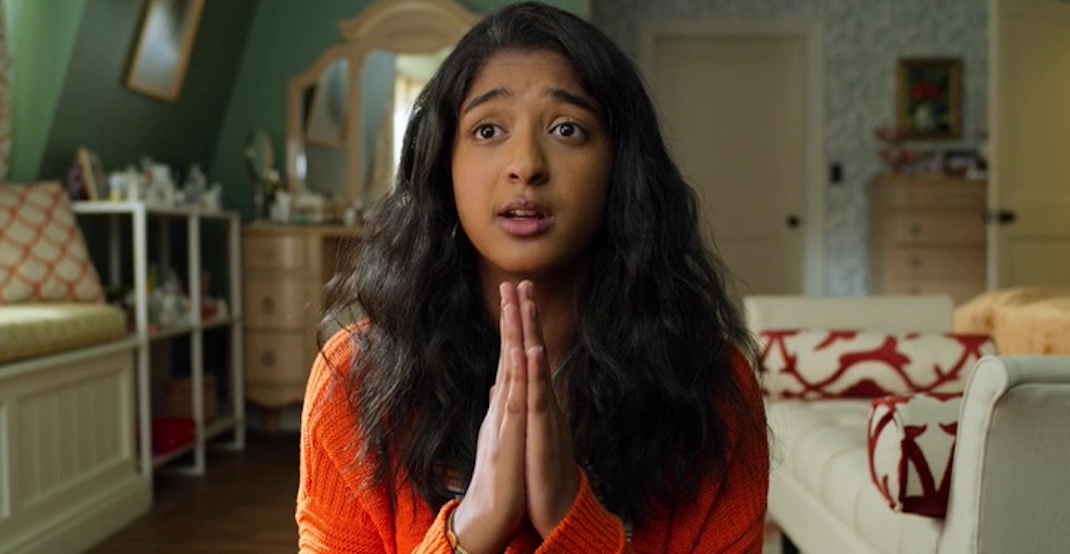 Like many people, I’ve spent the last week or so binge-watching the new Netflix series Never Have I Ever, created by Mindy Kaling.

As I progressed through the series, floating on a cloud of brown girl nostalgia, mixed with the sheer joy of seeing a young, Indian lead — especially in the form of Canadian soon-to-be-superstar Maitreyi Ramakrishnan, I was distracted by the never-ending chatter on social media about the show.

For those who haven’t yet seen it, Ramakrishnan plays teenager Devi Vishwakumar, who is trying to find her identity and deal with her repressed grief as a high school student after an unexpected tragedy hits her family.

Devi and her girl gang are depicted trying to figure out how to be “cool,” how to dip their toes into the dating world, lose their virginity, and make the most of their school year, including balancing parties and social lives with college applications.

Devi is also seen trying to balance her heritage, through prayers, cultural events, and familial and community ties, shown beautifully in religious traditions such as the Hindu celebration Ganesh Puja.

Her character is multi-dimensional, complex, and dealing with pressures from both in and outside of her family and school life, in ways many brown kids can relate to.

However, while some were raving about how much they, much like myself, appreciated the representation, others were critical of the fact that it did not accurately represent the extremely varied Indian experience.

But that’s the point.

Devi’s life is a window into what it means to be a young child of immigrants trying to make sense of her identity and her world as an Indian teenager, all while dealing with buried grief and trauma that she isn’t quite ready to deal with.

Her lived experiences exemplify what it means to be a brown person, but solely from her worldview, by tackling issues such as fitting in, sex and teen dating, grief, and therapy, in ways that not everyone is represented by — but they shouldn’t have to be.

Historically, brown representation as main characters on TV and in movies has been lacking, and especially having these characters be multi-dimensional and complicated.

While I do agree it’s normally slim pickings for South Asian representation, we can’t expect every show with an Indian lead to represent the lives of all Indian people everywhere.

I think back to how my 16-year-old self would have loved to see another brown girl being represented like this in a coming-of-age story — which, in my youth, appeared to be reserved for white teenagers — facing the same struggles many children of immigrants face in balancing their culture and heritage, while trying to fit in and make friends at school.

There were so many parts Indian kids could relate to so much it hurts, including the pressure to excel academically while trying (and failing) to not disappoint your parents (no, they’ll never say they’re proud of you, but they are in their own weird way); the horror and awkwardness of the usually unspoken conversations about dating and sex; or about how arranged marriage, which although taboo in Western cultures, is very common still in many immigrant communities.

The story is meant to be based on Kaling’s own childhood, and while not all of us may know what it is like to grow up in the San Fernando Valley (hint: it’s very white), it’s a glimpse into just one small part of the spectrum of Indian experience.

We can’t expect writers to create a world that they haven’t lived in, which is even more reason to support other diverse creators getting their stories off the ground.

As a Sikh Punjabi child of immigrants living in Canada, my own experience differs greatly from Devi’s — but that is what makes this show so wonderful and this representation so meaningful.

It shows us an Indian lead simply being herself and trying to figure things out, and for once, she isn’t just another token brown character on the show — she is the star, and her complicated world, which many of us may see small pieces of ourselves within, is the stage.

So while we should advocate for increased representation and in more diverse forms and continue to criticize these representations where they fall short, one of the criticisms can’t be that it wasn’t a groundbreaking representation of an Indian-American teenager like many of us have never seen before.

Devi’s story is the story so many of us needed as teenage girls, so although Never Have I Ever may not represent everyone — it really shouldn’t have to.