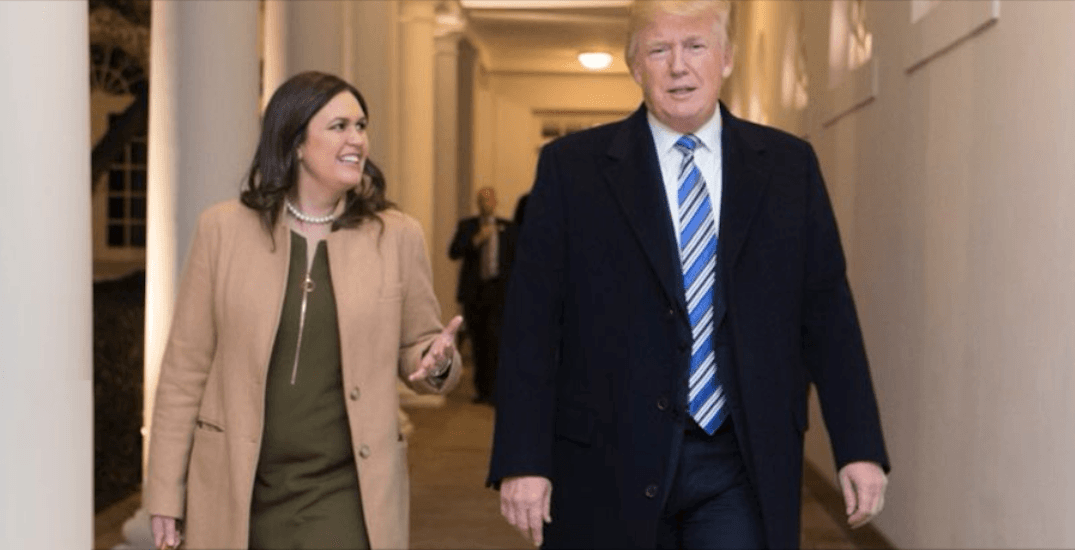 A small town Ontario restaurant is getting accidental negative reviews because of US Press Secretary Sarah Huckabee Sanders.

Huckabee Sanders was kicked out of the Red Hen in Lexington, Virginia, because she works for Donald Trump, she said in a tweet.

“I always do my best to treat people, including those I disagree with, respectfully and will continue to do so,” said Sanders.

Last night I was told by the owner of Red Hen in Lexington, VA to leave because I work for @POTUS and I politely left. Her actions say far more about her than about me. I always do my best to treat people, including those I disagree with, respectfully and will continue to do so

But apparently her supporters don’t think the same way.

While it may seem obvious to us Canadians that the two names don’t match, and that Collingwood is nowhere near Lexington, some didn’t see the difference and began leaving angry comments and bad reviews. 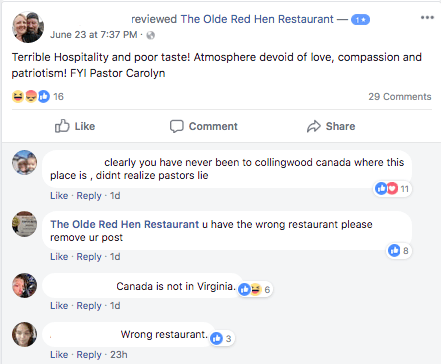 “Please note all the hate and bad reviews and ratings today are the result of President Trump’s press secretary Sarah Saunders being asked to leave a restaurant in the states called the Red Hen,” responded the Collingwood restaurant. “Somehow our restaurant facebook link was forwarded around and all these comments were posted by Americans towards the restaurant in Virginia.”

Canadians from all over have since chimed in to give the local joint five-star ratings to boost it back up.

“Sorry about the Sanders’ supporters who can’t tell the difference. I’ll definitely give you guys a try next time I’m in Collingwood,” said a commenter from Ottawa.

Not only are Canadians supporting the Olde Red Hen, so are Americans.

“In case you haven’t looked at a map lately, Ontario isn’t part of the US. That doesn’t make this restaurant any less awesome, however. Keep doing great work, northern neighbors,” wrote an American… and we forgive them for the spelling of neighbours.

Trump also weighed in on the debate, although he attacked the right restaurant.

The Red Hen Restaurant should focus more on cleaning its filthy canopies, doors and windows (badly needs a paint job) rather than refusing to serve a fine person like Sarah Huckabee Sanders. I always had a rule, if a restaurant is dirty on the outside, it is dirty on the inside!