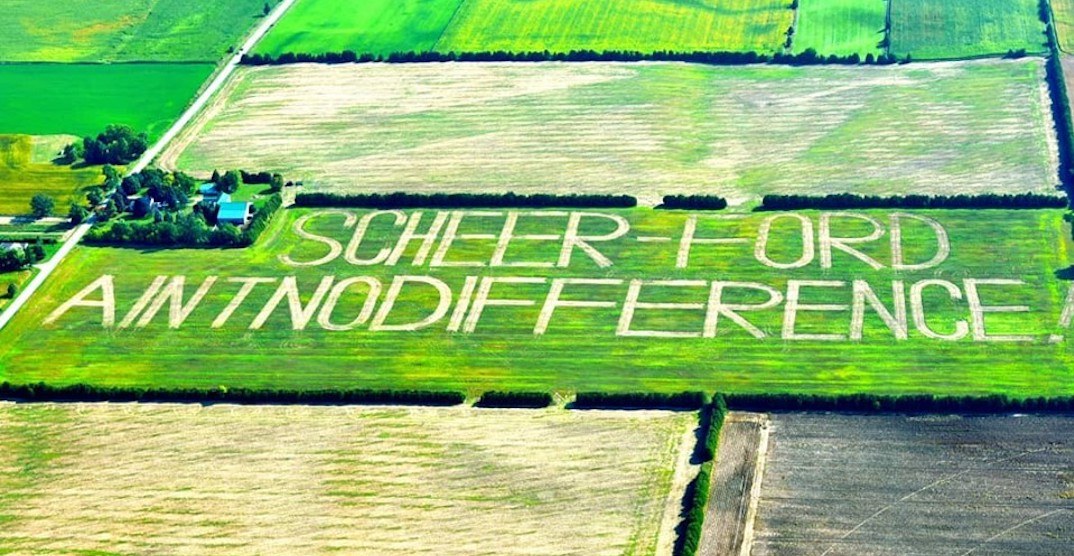 An Ontario farmer has made headlines after plowing a politically-charged message into his field.

John Langs, a “proud” Brantford, ON farmer, took to his field this month to share how he really feels about Conservative leader Andrew Scheer and Ontario Premier and PC leader, Doug Ford.

“Ain’t no difference,” reads the perfectly plowed out message.

Federal Liberal candidate Danielle Takacs shared an image on Facebook Friday, that shows the farmland, with the message “Scheer-Ford ain’t no difference!” carved into the pasture.

“Proud Liberal farmer John Langs wants to get his message out and so do I,” Takacs, the candidate for Branford-Brant, wrote in the caption.

Many Ontarians seemed to be on board with the message, as the post was shared hundreds of times over the weekend.

On Monday night, Takacs shared on facebook that the Ontario farmer always speaks his mind and has used his field in the past to get messages across.

“I’ve heard a lot of voters have the same concerns about the Scheer-Ford plan for cuts and chaos. I’m the only candidate that can stand up to them in Brantford-Brant and protect what’s most important to your family,” wrote Takacs. 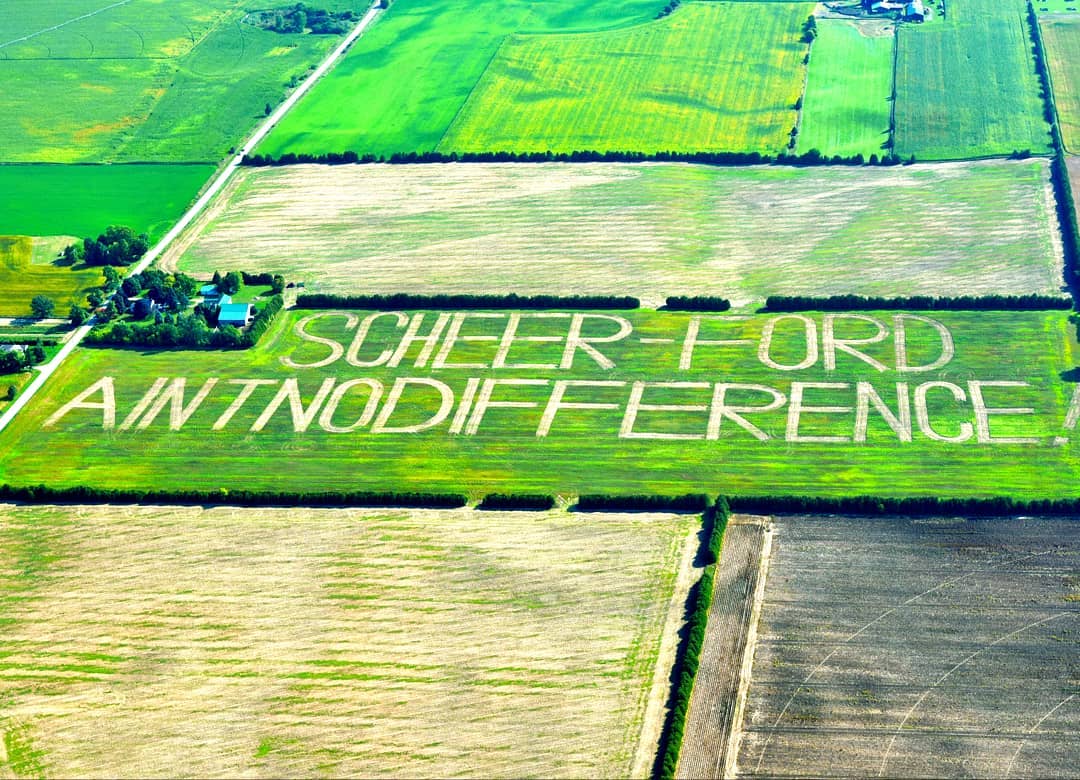 Recently, Ford has said that he has been too “busy governing” to campaign for Scheer.

At an event in northern Ontario earlier this month, Ford said he also doesn’t want to interfere in the federal election – he wants there to be a good race and to let the best party win.

“I’m busy governing,” Ford said when asked if Scheer’s campaign had contacted him.

“It’s a full-time job. I always joke around, they’re working me like a rented mule this whole summer. Honestly, I just haven’t had time. I don’t want to interfere in the federal election. I want them to go out there and have a good race and let the best party win.”