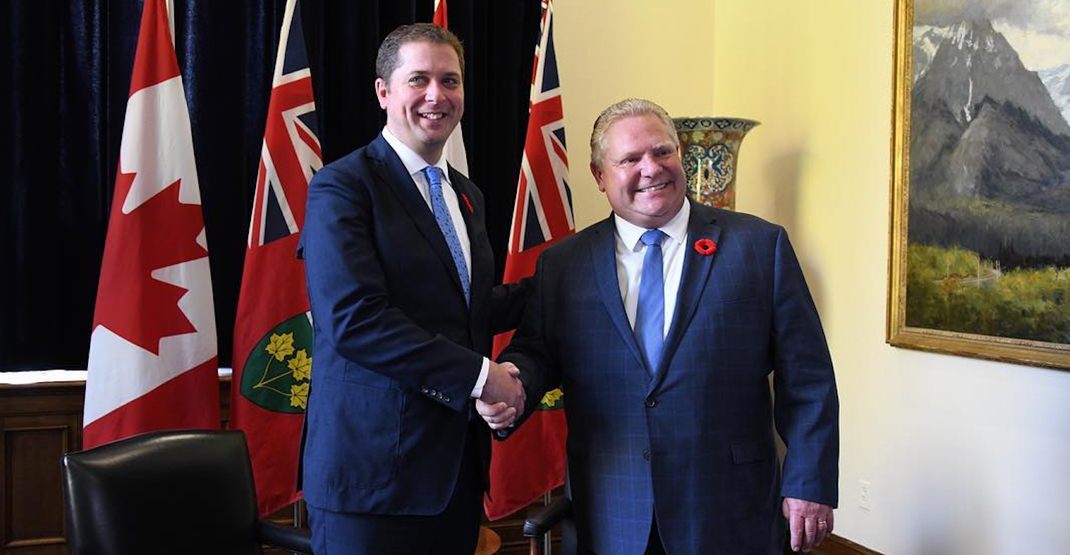 Scheer has now campaigned in three provinces – Ontario, Alberta, and Manitoba – that have conservative premiers, though none have appeared with him.

Speaking today at an event in northern Ontario, Ford said he also doesn’t want to interfere in the federal election – he wants there to be a good race and to let the best party win.

“I’m busy governing,” Ford said today when asked if Scheer’s campaign had contacted him. “It’s a full-time job. I always joke around, they’re working me like a rented mule this whole summer. Honestly, I just haven’t had time. I don’t want to interfere in the federal election. I want them to go out there and have a good race and let the best party win.”

Since Ford’s election last year his popularity has fallen, particularly after a spring budget that was rife with cuts.

Liberal Leader Justin Trudeau has often tried to tie Scheer to Ford, suggesting that Ford’s governing in Ontario is indicative of what a Scheer government would look like.

Scheer, meanwhile, does not use Ford’s name when directly asked about the premier, preferring instead to criticize the former Ontario Liberal government.