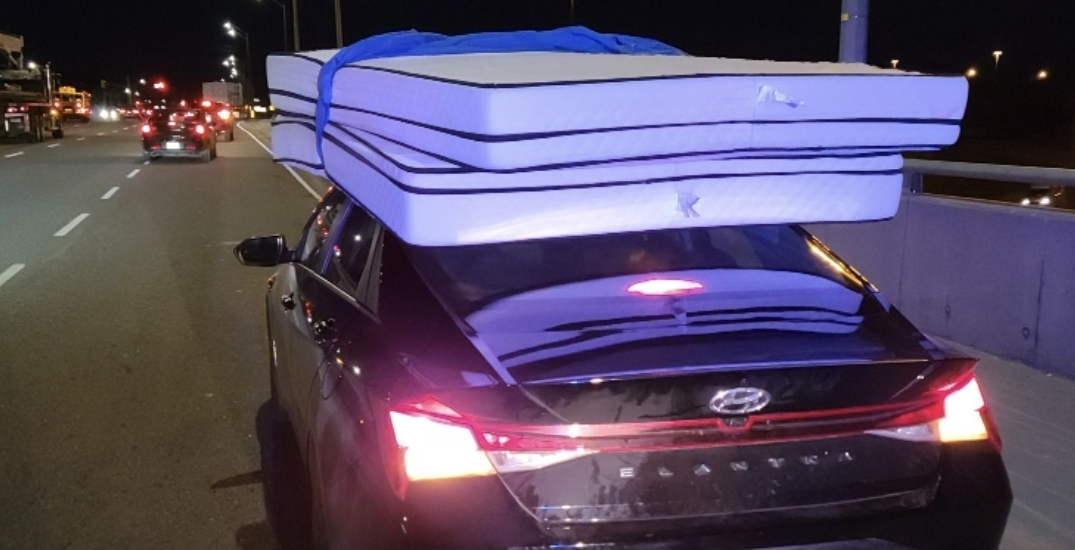 The Ontario Provincial Police (OPP) are reminding motorists to properly secure their loads after a “shocking” traffic stop in Caledon this week.

On the morning of November 11, OPP officers stopped a driver who was carrying two mattress on top of his car, which were secured only by a fitted bedsheet.

Police said two of the driver’s friends—one seated in the front passenger seat and the other in the backseat—were holding the ends of the bedsheet as he drove.

The pair holding the sheet in place by hand was the “only means” of securing the mattresses to the car.

“The OPP Caledon Detachment is reminding motorists that if they are planning on moving large objects it is important to plan ahead and use the right tools,” police said.

“Don’t rely on gravity to secure your load.”

The driver, a 25-year-old Brampton man, has been charged with an insecure load, which carries a $160 fine. 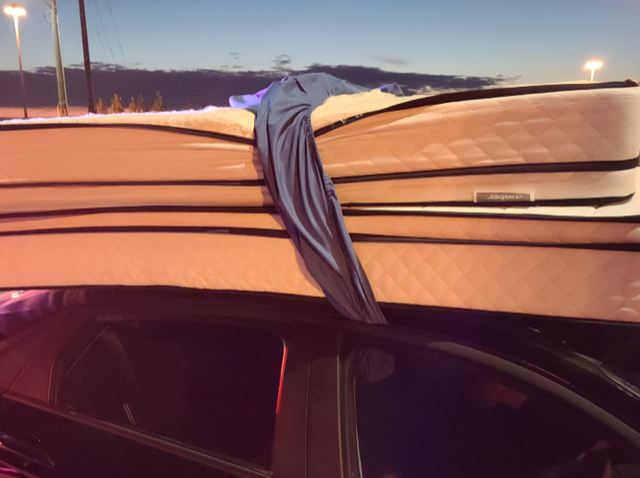 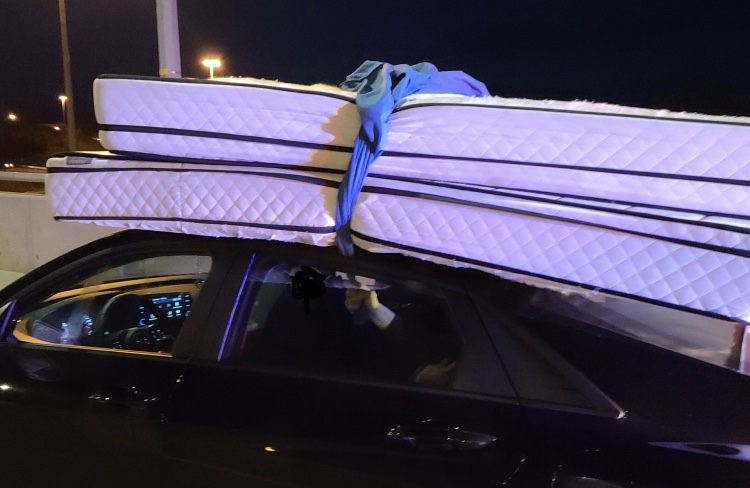