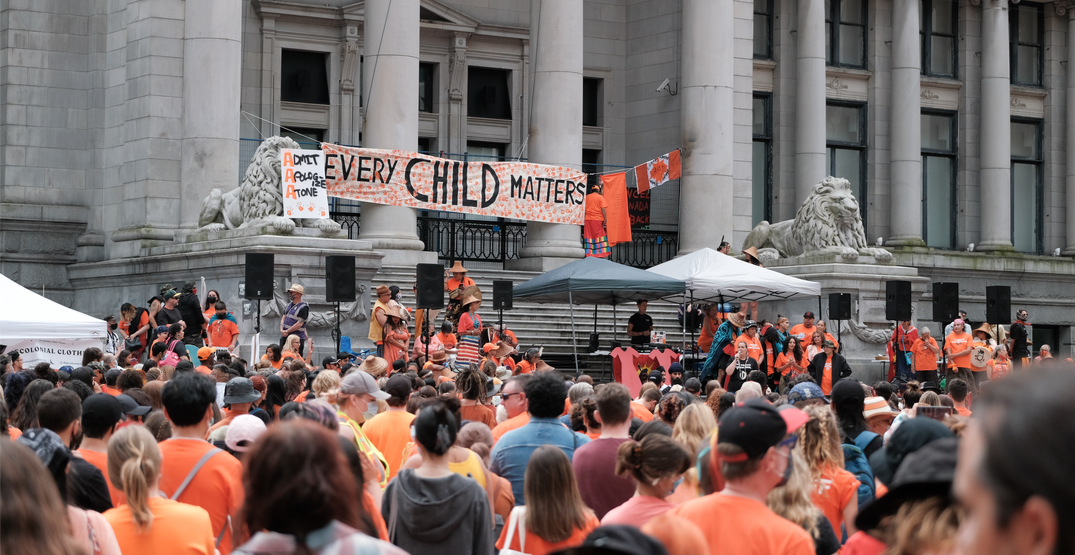 On the first National Day for Truth and Reconciliation, many people found themselves with a day off. Non-Indigenous Canadians found themselves looking to participate meaningfully and respectfully to mark the occasion.

One Vancouverite has created a campaign to help called One Day’s Pay. Josh Hensman is the Founder of One Day’s Pay. He said that when he was given the privilege of a paid day off, he decided to give.

He gave his day’s pay to an Indigenous-led organization and wants you to join him.

“While I definitely agree there should be a national day to recognize the harm done and being done to Indigenous Peoples in Canada, it just doesn’t seem like enough,” said Hensman.

“I have committed to giving my day’s pay to Indigenous organizations. But I’m just one person. Imagine the impact if Canadians and business leaders across the country join me.”

One Day’s Pay has partnered with The Circle, an organization that helps the settler philanthropic sector identify and fund Indigenous-led projects, movements, organizations, and nations.

Kris Archie, the CEO of The Circle on Philanthropy and Aboriginal Peoples in Canada, said that they’re happy to support and a movement like One Day’s Pay is a first step.

“They are willing to face the truth and invite others to do the same while taking action by giving cash back,” they said.

“Feeling proud as a Canadian requires a willingness to face the harm that this country has done and that continues to do – pride is a more powerful motivator for change than shame,” said Archie.

Hensman believes that as settlers, Indigenous friends, colleagues, and organizations deserve space while settlers devote themselves to learning about Truth and Reconciliation and giving.