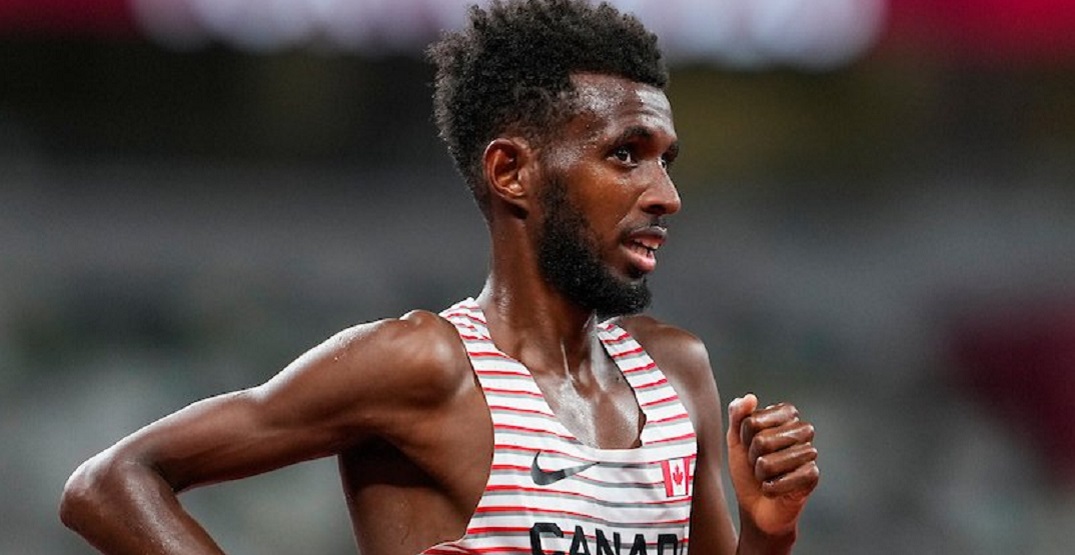 Canada’s Mohammed Ahmed is officially an Olympic medallist, picking up a Silver in Friday’s 5000m event at the 2020 Tokyo Summer Games.

On the final 100m, Ahmed moved up from fourth position all the way to second to capture his first Olympic medal and Canada’s 20th of the Games. He officially finished with a time of 12:58.61.

Standing on the podium alongside Ahmed was  Joshua Cheptegei of Uganda, who won gold, and American Paul Chelimo, who won bronze.

Ahmed, who also goes by “Moh”, won gold at the 2015 Pan Am Games in Toronto in the 10000m event, with his previous best finish in the 5000m on a major stage being bronze at the 2019 World Championships in Doha, Qatar.

It was Canada’s first Olympic medal ever in a men’s long distance track event.

Fellow Canadian runner Justyn Knight finished in seventh place in the final, completing his 5000m entry with a time of 13:04.38.