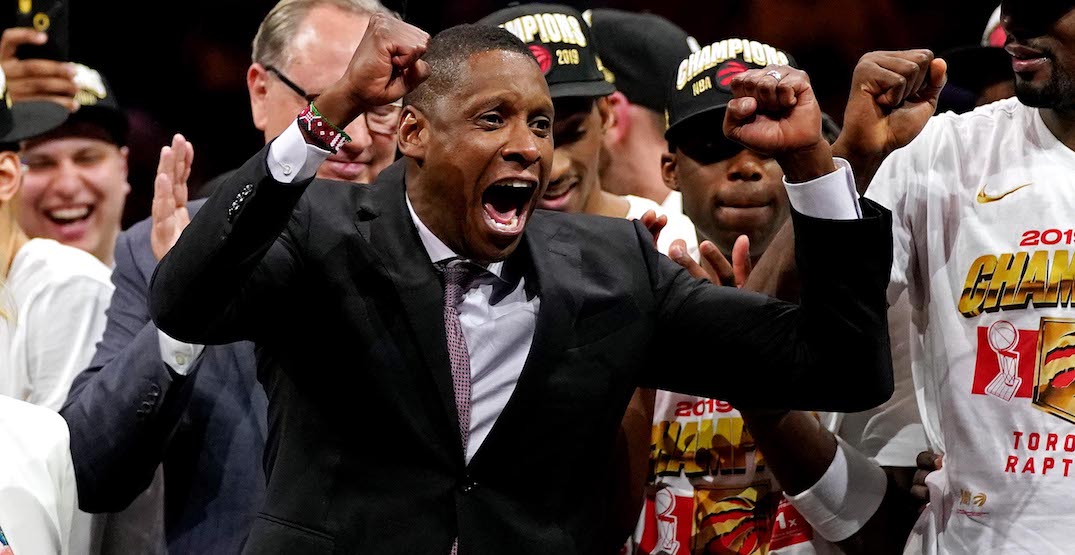 Kyle Lowry may be gone, but the Toronto Raptors have re-signed a more important free agent.

Despite multiple teams from around the NBA trying to lure him away, Masai Ujiri is staying put. The Raptors executive has agreed to a “significant new deal” to become Vice Chairman and remain President of the Raptors, according to ESPN’s Adrian Wojnarowski. He’ll continue to be the team’s top basketball and business executive.

Ujiri arrived in Toronto in 2013 after winning NBA Executive of the Year honors as Denver’s GM and transformed Raptors into an NBA contender and global franchise. His current contract set to expire soon, Ujiri had been courted by several pro franchises beyond NBA’s boundaries.

Not only were other NBA teams trying to lure Ujiri away, but Wojnarowski reports that “several pro franchises” outside of the NBA were courting him.

But Ujiri, who will continue his philanthropic work with the Giants of Africa, is choosing to stay in Toronto.

“There’s a lot more work to be done,” Ujiri said in a video posted by the Raptors on social media. “On the court, our goal is clear, win. It’s simple, win, bring another championship to Toronto. We are united in that mission, and nothing else will do. We will bring young talent to this city and continue to build with our unbelievable players.

“I said it before, and I’ll say it again, we will win in Toronto.

“I’m grateful for the opportunity to lead this team. I love being the leader of the Toronto Raptors, and I’m here to stay.”

I've said it before, and I am saying it again.

We will win in Toronto.

The architect of the Raptors’ championship-winning team in 2019, Ujiri is one of the most highly-regarded executives in basketball. Given that the Raptors spent last season in Tampa and are no longer a championship-contending team, there were many who wondered if he would feel it’s time to leave. Clearly, he didn’t.