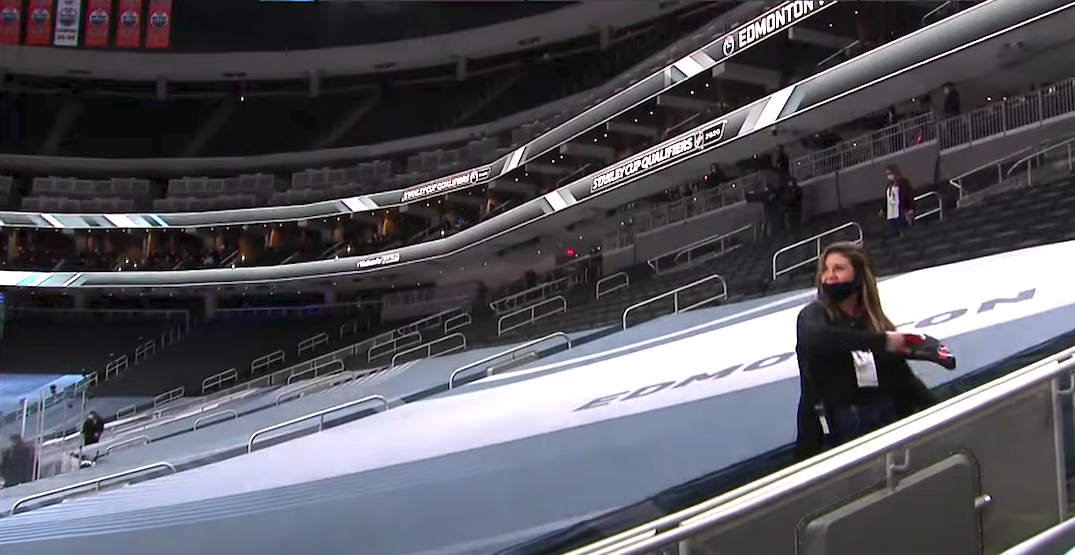 Playoff hockey inside the NHL bubble looks starkly different, most noticeably with empty seats that would typically be filled with passionate fans and boisterous celebration.

Yesterday, in the Edmonton Oilers’ Game 2 victory against Chicago Blackhawks, Oilers captain Connor McDavid recorded his first playoff hat trick — and even in a game without fans, employees in the Edmonton bubble made sure to get some hats on the ice.

Edmonton having someone throw hats on the ice for Connor McDavid’s hatty pic.twitter.com/kRLjUzQW79

Oilers fans also joined in on the celebrations from home, throwing hats at their TV to cheer on their team and celebrate their captain’s milestone even from outside the arena.

Always late to the party, but I still show up! #Hattrick #connormcdavid #beastmode #sic #sick AND #whateverelsethekidssay 🙌🤣 pic.twitter.com/llwJjkvf0z

#LetsGoOilers the refs need an eye exam though 👀 pic.twitter.com/CP2Uvxc6Rx

However, even after his big milestone, McDavid remained laser-focused on winning the game, telling reporters post-game that he didn’t need a celebration.

“I found the hats a little unnecessary, I’d rather just drop the puck and just keep on going,” said McDavid while addressing the media.

“We knew this was a critical game for us and I really liked the way our guys came out.”

The teams, who are currently tied in the series, will face off for Game 3 on Wednesday.