What started as a call about a nude man led to four police officers being injured, one of them seriously, and a criminal code arrest warrant for a Coquitlam man, police said on Thursday.

According to police, the incident began on June 18, just before midnight, a concerned citizen called police about a man who was walking nude on Lougheed Highway near the Pitt River in Port Coquitlam.

When the first officer arrived on scene, “the naked man ran into nearby bushes,” police said. The officer followed the man, “told him he was under arrest, and attempted to get the man a blanket.”

In response, “the man allegedly reacted by punching the officer without warning and continuing to assault him when he fell to the ground,” police said. “Four other police officers, and two conducted energy weapons, were needed before the arrest could be completed.”

The suspect, identified as 40-year-old Leandro Lamar Roth, “was taken to hospital for minor injuries and was kept overnight for other medical issues,” police said.

Three police officers were also treated at the hospital for minor injuries. Police said one officer is receiving ongoing treatment for “serious injuries,” but has returned to work.

On July 22, Roth was officially charged with Assaulting a police officer, and now anyone who sees Roth is urged to call 911. As well, anyone with information on Roth’s whereabouts, is asked to call the Coquitlam RCMP non-emergency number at 604-945-1550.

Coquitlam RCMP said Roth is “very well-known to police,” and added that he is from the Coquitlam area but is currently of no fixed address. He is described as Caucasian and 5’7 tall, with short brown hair and brown eyes. 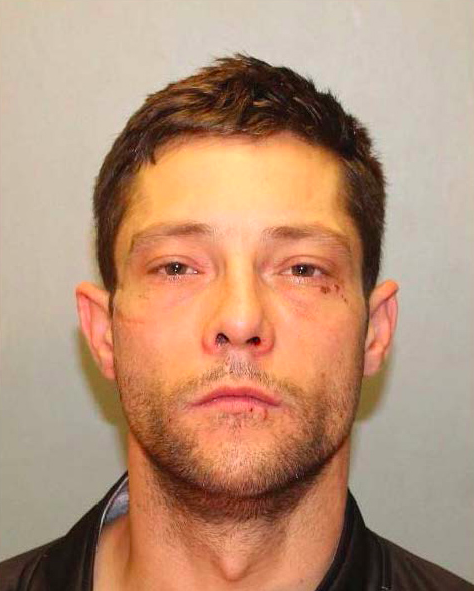 When a 911 call comes in, police never know what we’re going to get, said Coquitlam RCMP Cpl. Michael McLaughlin. This file started fairly innocently, but the outcome was serious and it could have been even worse.