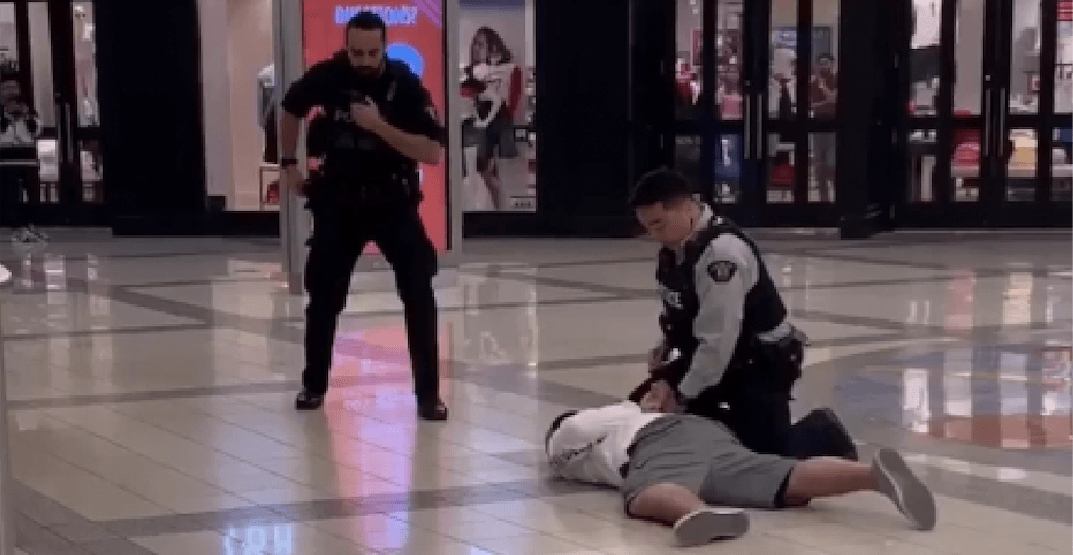 One man was arrested and is now facing multiple criminal assault charges, after an incident at Metropolis at Metrotown in Burnaby on Friday evening.

According to Burnaby RCMP, officers were called to the busy Vancouver-area shopping centre just after 9 pm, for reports of a man “allegedly assaulting multiple victims” in the mall.

Upon their arrival, officers “quickly located and arrested” a 32-year-old man in connection with the incidents.

Police said they believe the weapon used in this case was a hypodermic needle, and the suspect is now facing three counts of Assault with a Weapon, as a result.

Video of the arrest was captured and shared with Daily Hive.

The witness who shot the video told Daily Hive the suspect “seemed to target random walkers” around the mall.

Police said three victims were located and interviewed at the scene of the incident, while two others were observed on CCTV, but have not yet been identified.

However, “no one has yet been located with injuries consistent with being stabbed by a needle,” they added.

Police said they believe this is due to the fact that there was a cap on the needle at the time of the alleged assaults.

The investigation continues, and RCMP said they are asking the other victims in this case to contact them at 604-646-9999.