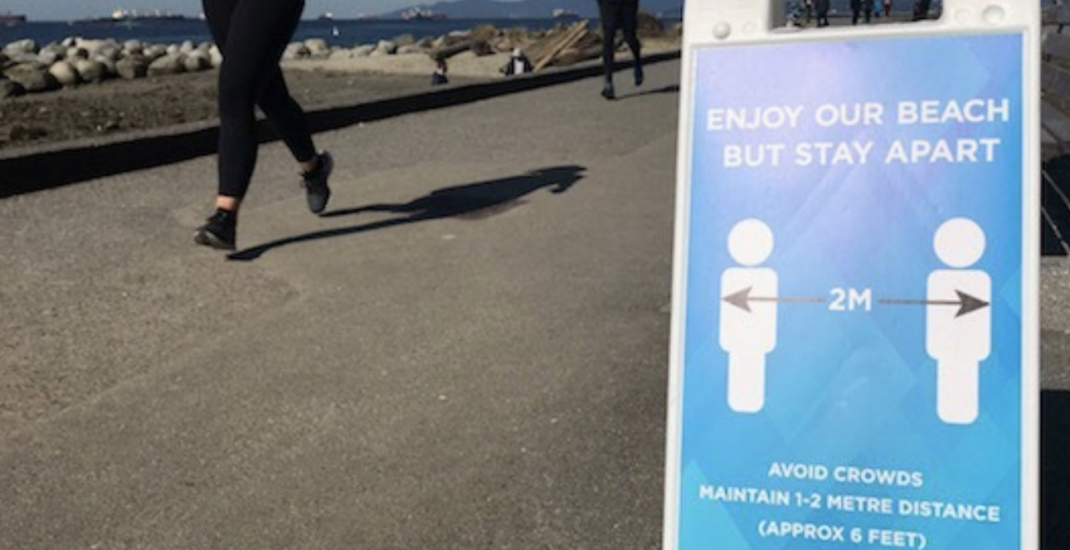 Dr. Bonnie Henry provided an epidemiological modelling update for the COVID-19 pandemic on Monday, crediting British Columbians for keeping “safe connections” which have contributed to a decrease in transmissions of the virus.

In her update, Henry said the virus’ reproductive number (Rt) has “slowly come down in the number of infectious contacts that each case generates.”

The Rt in BC is currently hovering under 1.0, which Henry says is “where we want to be.” 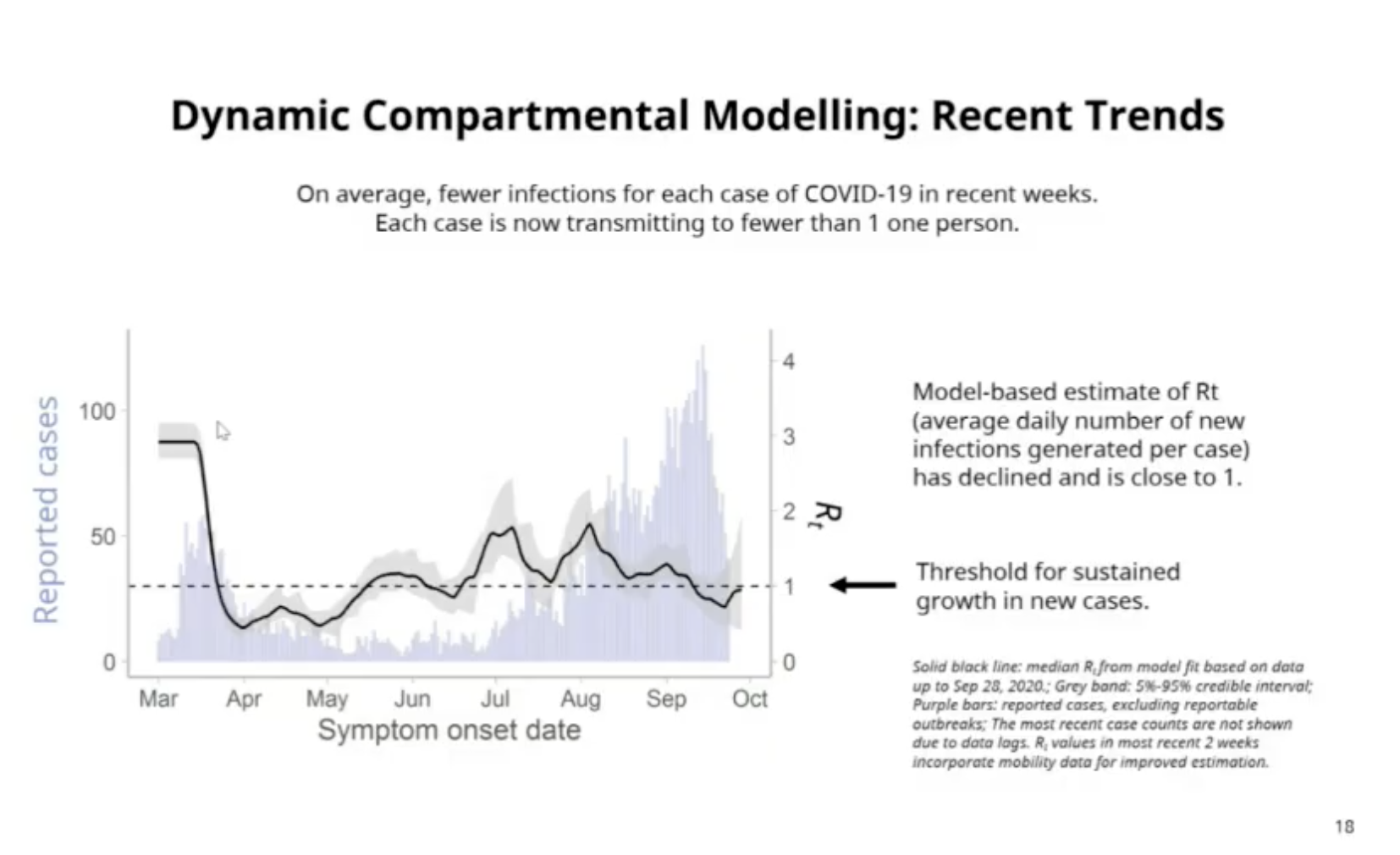 Restrictive measures placed on bars, clubs, restaurants and banquet halls in early September have “made a difference,” added Henry.

The most recent Dynamic Compartmental Modelling trends show the growth rate of the virus is also slowing.

“We were seeing the last time we presented that our curve was going up again. What this tells us is that the increase has slowed and has now turned and is coming down again. So our growth rate is decreasing, which means that we are having safe connections in our communities now, that people are doing the right thing.” 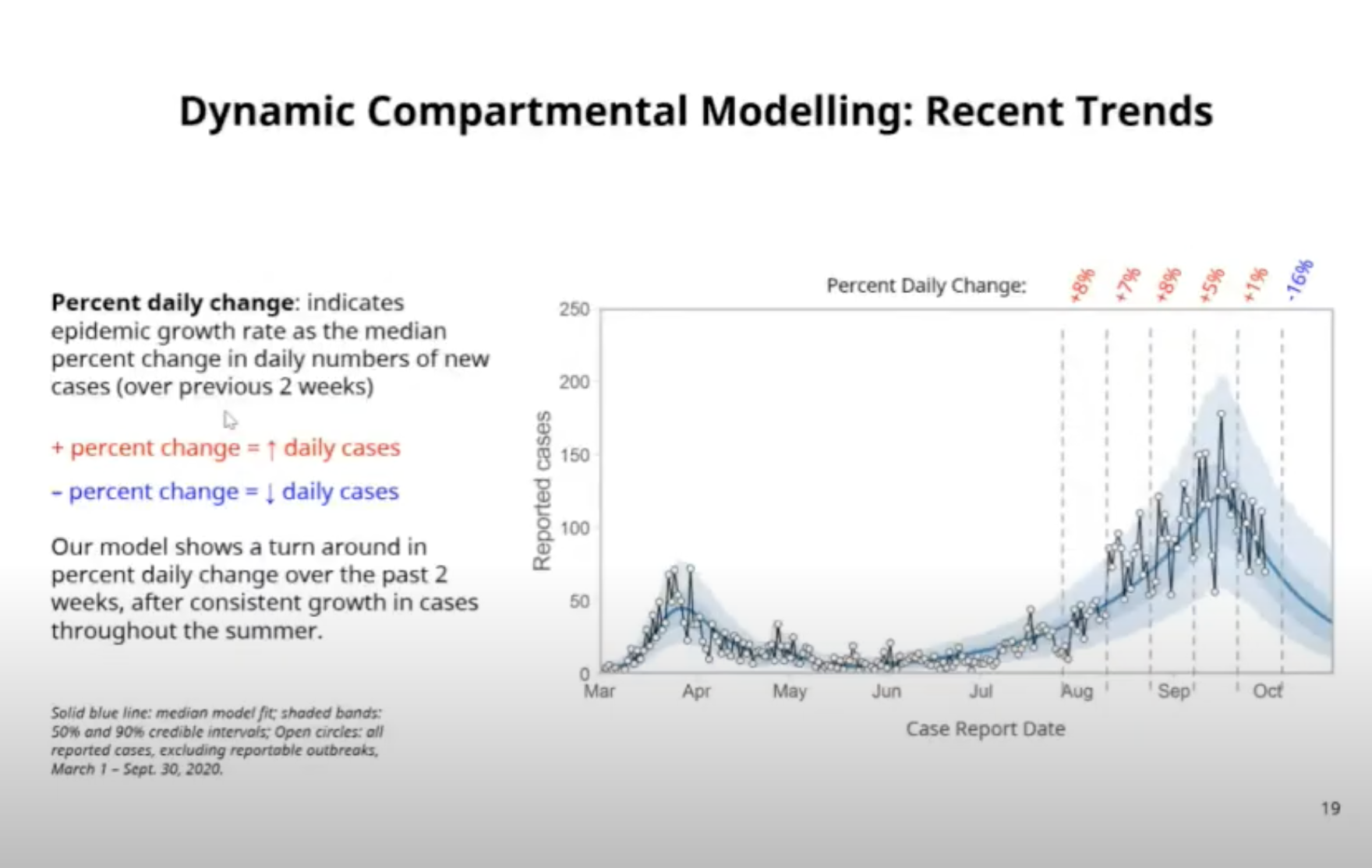 The number of contacts British Columbians are having where they can potentially transmit the virus has decreased, confirmed Henry.

“This is incredibly important and it is a testament to the work that everybody has been doing in BC. It also reflects the work that public health has been working very carefully with every single case to identify the exposure events to make sure that people who have been exposed who might develop illness are isolated safely and are supported.”

“We’ve started to flatten the curve”

BC’s average rate of infectious contacts is around 45% of normal.
“That’s where we need to stay. This is what will keep us on this low and slow curve through the next few months particularly as we go through the respiratory season,” stated Henry, adding that British Columbians must continue to do their part to keep their groups small, wear masks, and practice safe physical distancing.

The graphs shown in the chart below, show how cases are projected to increase if the rate of contacts rises. 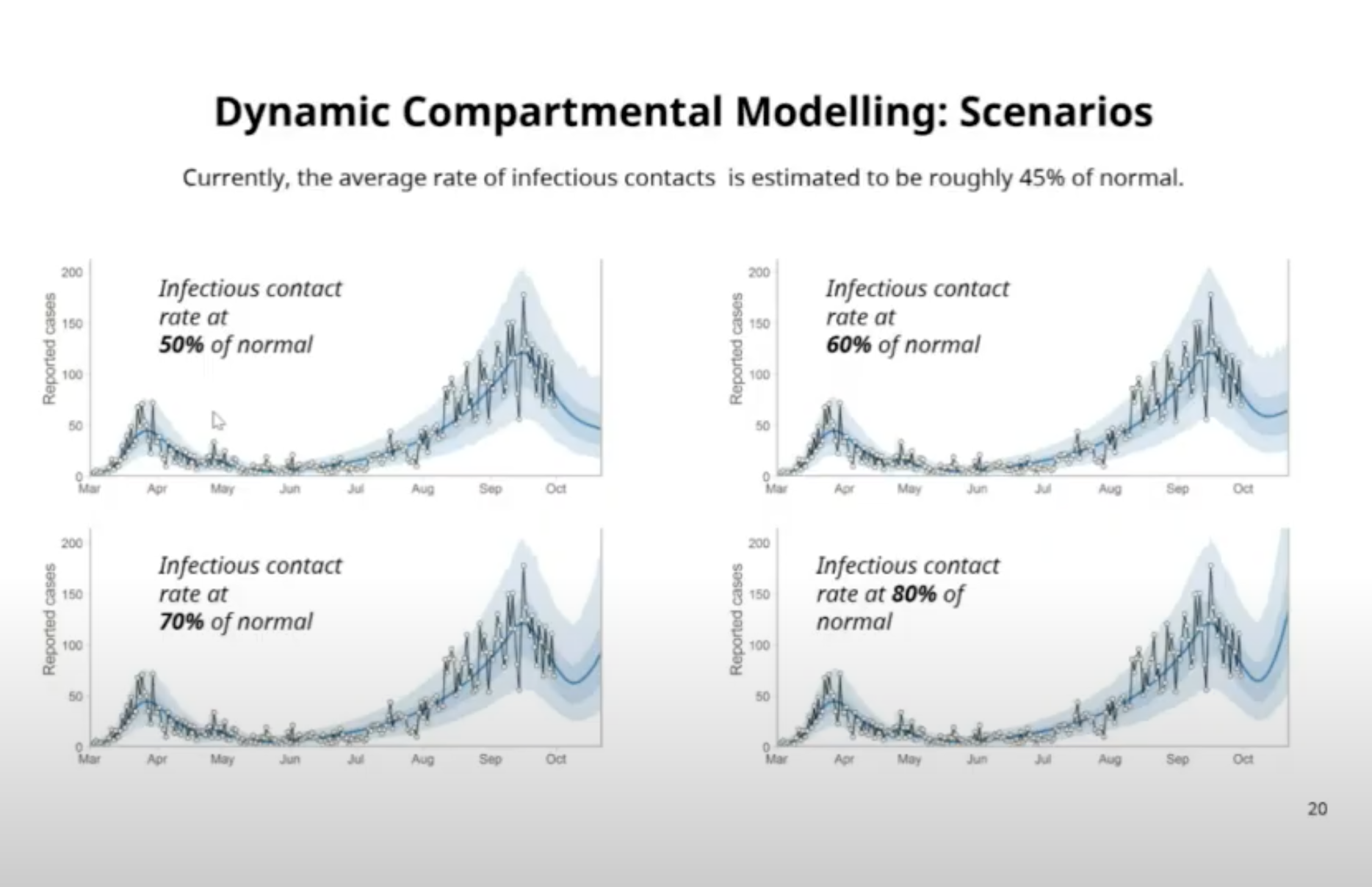 “We are keeping our curve flat and low compared to many other places but we are not out of the woods. We need to keep it this way as we move into the respiratory season in the coming weeks,” stated Henry.

“We’ve started to flatten our curve,” she added. “We have started to do the things that we know will help us get through these next few months together and that was to bend our curve back down.”