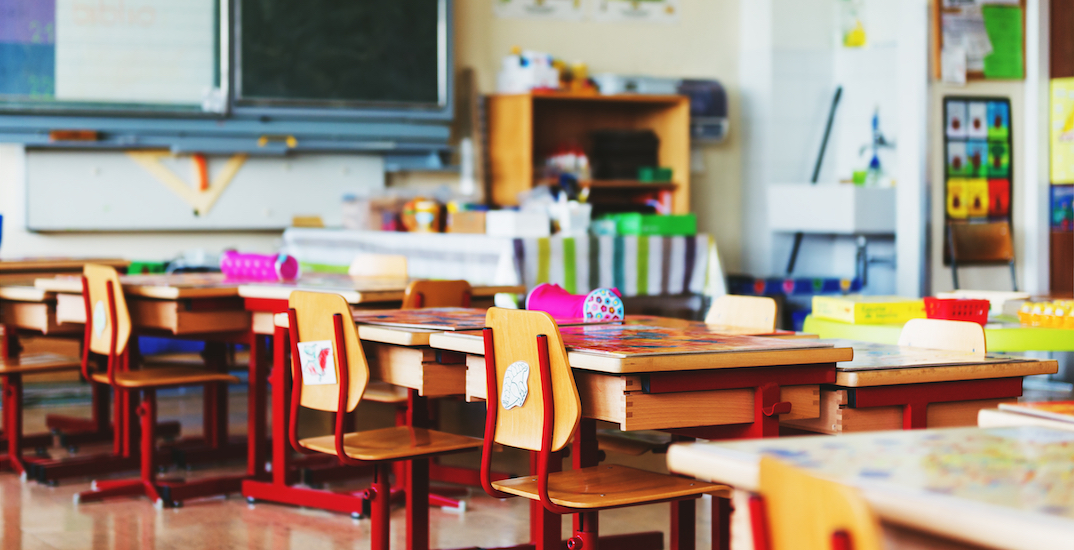 While there have been recent reports of coronavirus exposures at schools in the province since the beginning of September, Provincial Health Officer Dr. Bonnie Henry said on Monday that, overall, schools aren’t “amplifying” the spread of coronavirus in BC.

“As we know, about 500,000 students, educators, staff are back in schools across the province, and we know that out of these, some have tested positive for COVID-19,” Henry said during a press conference. “But, like earlier in our pandemic, children and students under the age of 19 still make up less than 10% of our total cases in the province.”

And even though the rate of testing has gone up in this demographic, Henry said case rates remain low, “with only seven-in-a-thousand tests being positive for COVID.”

Henry recognized, however, that “we have had a number of exposures in school settings.”

These exposures “are half and half between elementary and secondary schools, and the majority are in the larger school districts, so in the Fraser Health and Vancouver Coastal Health Authority regions,” she added.

“If we look at our cases in school-aged children, we have seen an increase but it has levelled off and it’s not been a large increase at this time,” said Henry. “We still see that the proportion of cases in school aged-children remains low – less than 10% – and that has been consistent in the three-to four weeks since schools have opened.”

As well, “most of the school exposures are also related to exposure events that happened outside of the school setting,” she said.

Her comments come the same day that BC announced 358 new test-positive coronavirus cases since Friday, bringing the total number of recorded cases in the province to 9,739.

Henry said there were 130 cases reported from Friday to Saturday, 108 from Saturday to Sunday, and 120 from Sunday to Monday.

There were also four deaths that took place over the weekend, bringing the total number of fatalities in BC to 242.

There are 1,353 active cases of COVID-19 in the province, and 3,010 people are under active public health monitoring as a result of identified exposure to known cases.