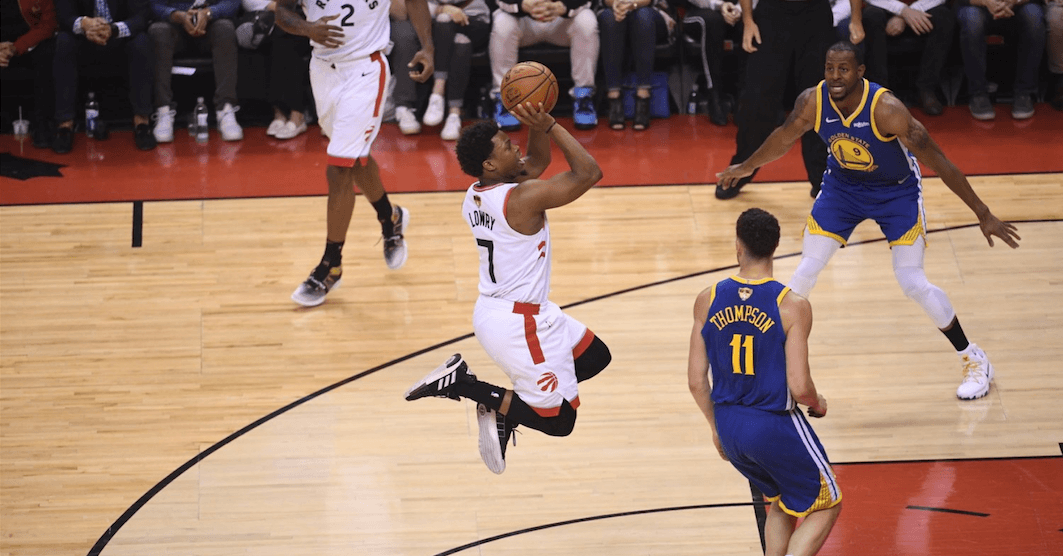 For half the game, the Toronto Raptors looked poised to take a 2-0 series lead in the NBA Finals.

And then the third quarter happened.

The Golden State Warriors opened the second half with an 18-0 run and never looked back, going on to win Game 2 109-104 and tie the series.

The Warriors have a reputation for strong third quarters, and they showed why on Sunday.

The Raptors had a five-point lead at halftime, but the 18-0 run turned the game on its head in the second half.

Though the Raptors slowly chipped away and got within two points in the final minute of the game, an Andre Iguodala three-pointer with six seconds remaining put the game out of reach.

Andre Iguodala extends the lead and the @warriors hold on to even the series 1-1! #NBAFinals

Kawhi Leonard had a strong game for Toronto, putting up a game-high 34 points and 14 rebounds while shooting 40%.

Fred VanVleet was great as well, scoring 17 points in 38 minutes and collecting three steals while guarding Steph Curry for much of the game.

Though Pascal Siakam and Marc Gasol combined for 52 points in the opening game of the series, the duo produced only 18 in Game 2.

The Raptors defence did well to contain the star-studded Warriors in Game 1, but they wouldn’t be stopped for a second straight game.

Curry and Klay Thompson combined for 48 points, while Draymond Green and DeMarcus Cousins both had double-doubles.

One silver lining for the Raptors from Sunday’s game could be the health of some of the Warriors players. With Kevin Durant already sidelined, both Thompson and Kevon Looney left Game 2 and did not return.

The series now shifts to Oakland for Game 3 on Wednesday at 9 pm ET / 6 pm PT.