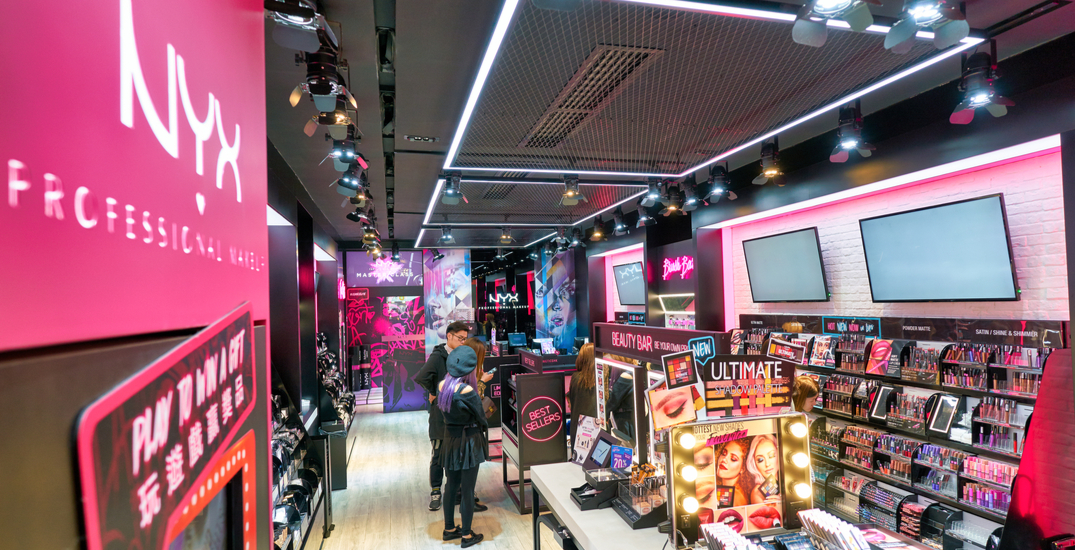 L’Oreal Canada’s makeup brand, NYX Cosmetics, announced it will close all of its stores across Canada as they shift their business focus and distribution.

The 10 storefronts spread across Canada in Vancouver, London, the GTA and Ottawa will officially close, according to a NYX spokesperson in an email to Daily Hive.

“The shift in the retail industry and consumer behaviour has led the brand to re‐focus its distribution strategy and its partnerships with retailers such as Shoppers Drug Mart, London Drugs, Jean Coutu and on e‐commerce through its online platform  nyxcosmetics.ca and Amazon.”

Over the past few months, Canada’s makeup industry has taken a bit of a hit due to the pandemic. Back in September, notable makeup retailer Ulta Beauty announced they would be ending its expansion into Canadian soil, stating the impacts of COVID-19 have affected the beauty retailer’s future plans.

As of a closure date, NYX has not disclosed when they will cease operations at their locations.