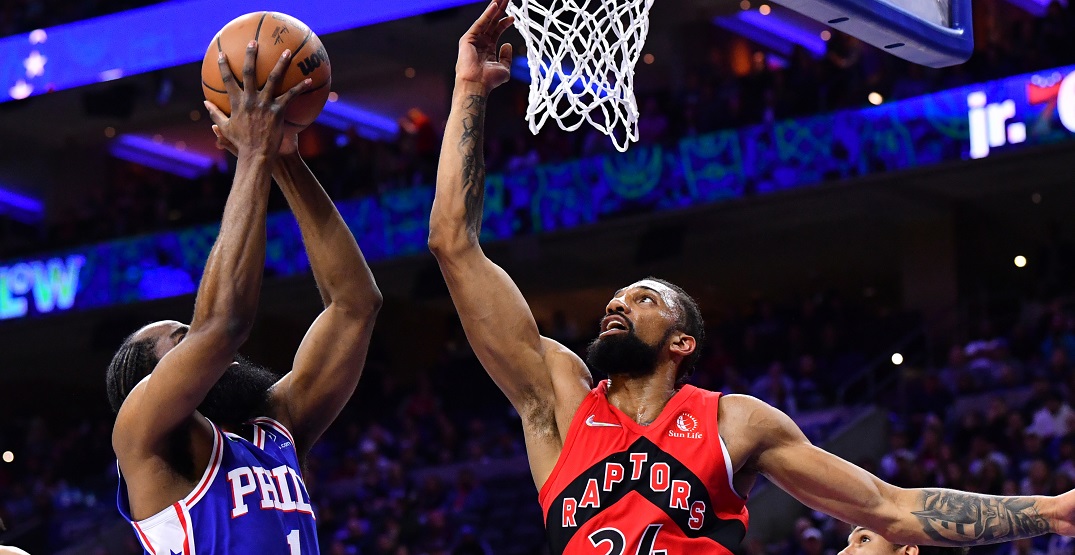 Don’t look now, but the Toronto Raptors are well on their way to their eighth winning season in the last nine years.

With a 93-88 victory over the Philadelphia 76ers on Sunday night, the Raptors hit six wins in their last six road games, marking the 40th time they’ve hit the W column on the season.

“That’s a good number,” Raptors head coach Nick Nurse told reporters on Sunday night about hitting the 40-win mark. “I think we’ve just got to keep picking off a few more. We go out there and look these really good teams eye-to-eye and go compete and believe we can win and execute to win.”

The Raptors sit seventh in the Eastern Conference with a record of 40-31, one win behind the sixth-seeded Cleveland Cavaliers.

Toronto is nearly assured a spot in the NBA play-in tournament, as they sit nine games up on 11th seed Washington, but are eyeing cracking into the top-six over the final three weeks of the season to avoid the roundabout path to the NBA playoffs.

Whatever path Toronto ends up taking, Nurse stressed the importance of postseason play for the Raptors’ long-term development.

“We’d really like to make the playoffs,” he said. “I think our team needs that experience.”

“I love it, being in these close games is so good for these guys like Scottie [Barnes] and Precious [Achiuwa] and Gary [Trent Jr.],” Nurse added. “They’ve never been in them and they need as much of them as they can. It isn’t much fun when they don’t go your way, but they’re really good for us nonetheless.”

On Sunday, Toronto overcame a 76ers team that came into the matchup with an 8-2 record since trading for James Harden, while missing their own All-Star talent in Fred VanVleet.

“If we believe we can or we compete as hard as we’ve been competing, we’re going to get our share,” Nurse said. “We’re going to deserve our share of wins and that kind of takes care of itself.”

There’s no shortage of turnaround time for the Raptors to have another high-stakes matchup, with the team taking on the Chicago Bulls later this evening. Tip-off is set for 8 pm ET tonight at Chicago’s United Center.