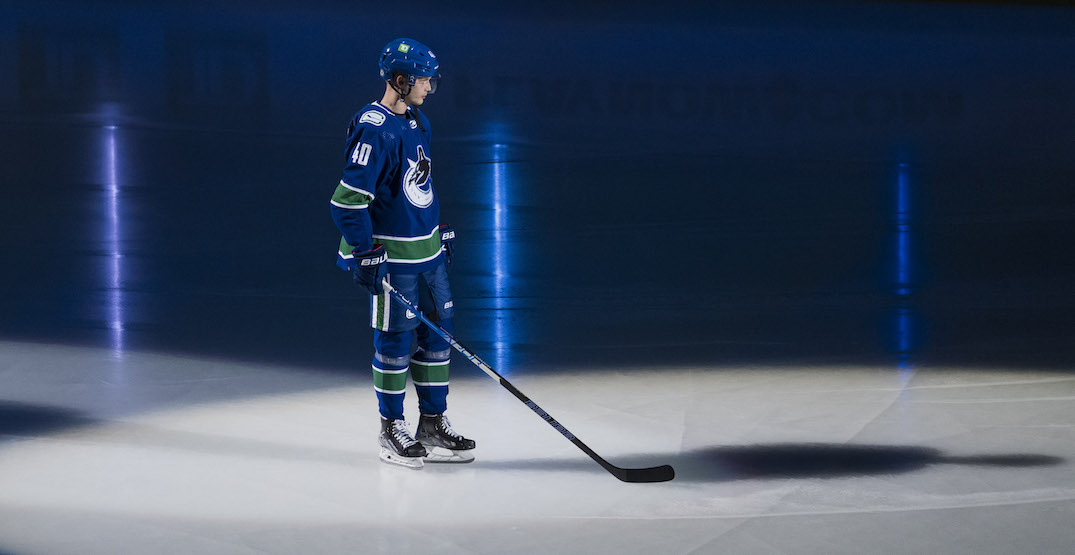 However, that’s exactly where Elias Pettersson found himself starting in Tuesday’s game against the Minnesota Wild. Travis Green initially had him line up alongside Nils Höglander and… Matthew Highmore.

The results, once again, were underwhelming.

While superstars don’t belong in the bottom-six, that’s certainly a spot where average NHLers might find themselves. So, what did Green think of Pettersson’s game in the aftermath of Tuesday’s contest?

An average Pettersson is something the Canucks can ill-afford.

The 22-year-old missed more than half of last season along with training camp and most of this preseason. There’s some rust to shake off, but the concerns about his performance only grow with each passing game.

Pettersson can’t carry the team single-handedly though. Green needs to put him in the best position to succeed. With that in mind, what do the numbers say about Pettersson’s most optimal linemates?

Because the sample size from this season is tiny, we’ll include some numbers from last season as well in our analysis.

No more Highmore or Chiasson

Let’s start with the obvious.

Alex Chiasson began the season on Pettersson’s wing, and it’s for good reason that the 31-year-old hasn’t re-emerged in that role.

The duo have been on the ice for two goals against in less than 10 minutes together at even-strength, and they haven’t generated much of anything.

It’s a similar story with Matthew Highmore. With Pettersson, their on-ice Corsi-for sits at 38%, but both players are above 52% on their own.

Pettersson and Boeser are better together

While there have been some early-season miscues between the two stars, there isn’t much of an argument for splitting up Pettersson and Brock Boeser.

Since the beginning of the miserable 2020-21 season, the on-ice results for Boeser and Pettersson good while together, and downright dreadful when they’re apart.

The sample size of them playing apart is small at just over 85 even-strength minutes, but that shouldn’t deter the argument that they’re better off playing together.

This is something that Green shouldn’t overthink.

The Miller vs Höglander debate

While Pettersson has been far less effective without Boeser, that performance gap isn’t as significant in his minutes without Miller.

Pettersson’s Corsi-for with and without Miller are basically the same. It’s Miller’s possession metrics that start to crater in the minutes without Pettersson. That shouldn’t be a surprise since Miller looks less comfortable at centre than he does on the wing.

Aside from Miller, the other player who has looked like a good fit on the top line is Nils Höglander. The sophomore Swede has shown some pizzazz playing with Pettersson, but the puck luck hasn’t been there… yet.

A couple of wild cards stand out among possibilities for the top line.

Tyler Motte has only played 12 minutes with Pettersson at even-strength, so there’s not much to take away from the positive underlying numbers. However, Motte’s work ethic should act as a fire-starter for any line he’s playing on.

With the way he forechecks, you can envision Motte as a Zach Hyman-lite, digging pucks out of the corners for Pettersson and Boeser to work their magic.

Another player to keep an eye on is Vasily Podkolzin. The rookie has seen just over eight even-strength minutes with Pettersson, and the duo has controlled play in that minuscule sample size. However, the fit isn’t great if Boeser plays with Pettersson (as he should, for now). Green should be hesitant about playing Podkolzin on his off-wing while he learns the NHL game.

However, as Podkolzn gets acclimatized to the NHL, his defensive responsibility and work ethic could work well on the top line.

Perhaps that’s something to consider once Boeser and Pettersson rekindle their chemistry and start driving play for the Canucks once again.