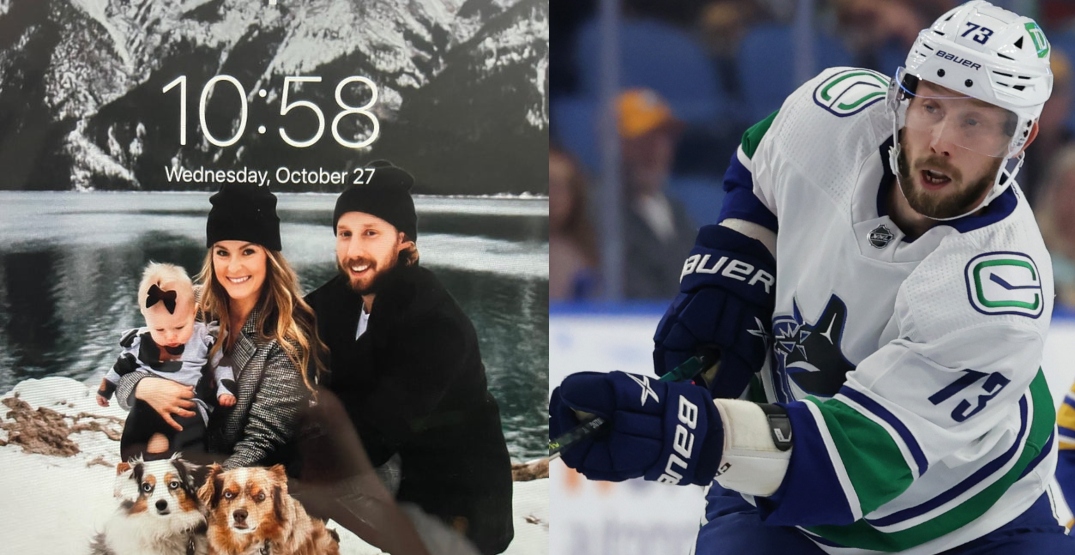 What do you do when you find a lost bag in the street?

That’s what Reddit user “dashedhopes9942” did last night after finding a baby bag with an iPad in it that was left on a street in Yaletown.

All the user had to go off of was the locked screen image from the iPad, featuring a man and a woman holding a baby beside two dogs.

“Found a lost baby bag with an iPad in it with this picture,” the Reddit user said. “Is this you, or do you know them?”

Luckily the man in the picture was easily identifiable. He is Vancouver Canucks forward Justin Dowling, and the bag belongs to his wife, Meg Dowling.

“We were waiting for this family to leave just outside Cioppino’s Mediterranean Grill in Yaletown so we could take their parking spot, but as soon as they left and we pulled in, we noticed they had left a bag with all their baby stuff in it and an iPad,” said the Reddit user.

Dowling posted a photo taken at Blue Water Cafe on an Instagram story last night, which is a short walk from Cioppino’s.

“I couldn’t find anything else identifiable in the bag,” the Reddit user added. “We left the bag in our car with a note on it saying to call my number if they came back looking for it and saw it inside the vehicle since we were going for dinner.”

The Reddit user posted an update, saying that Meg got in touch and the bag will be dropped off today.