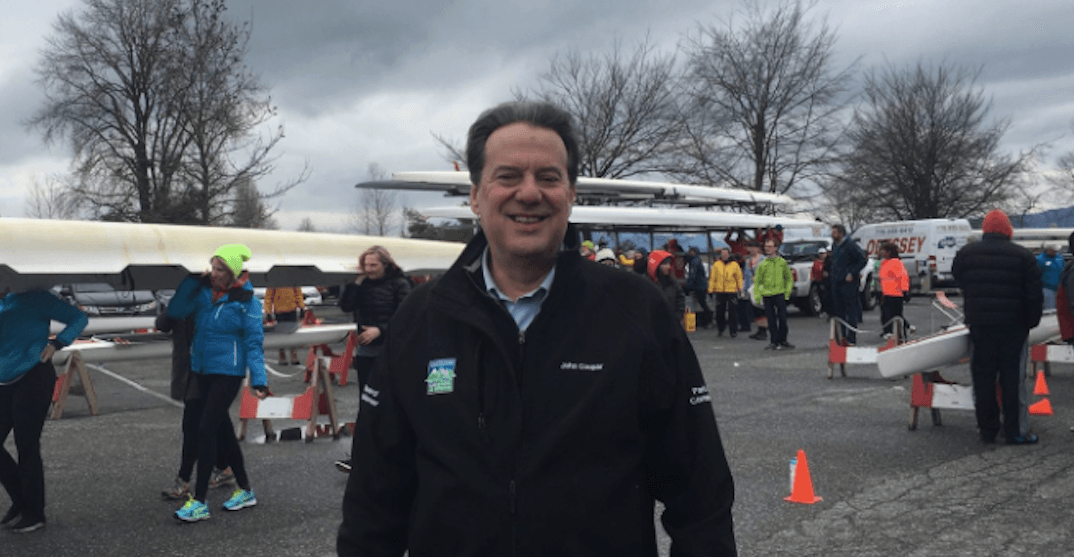 A former chair of the Vancouver Park Board and two-term commissioner has announced he’s officially running for the mayor’s seat in this year’s municipal election.

Standing in front of The Bloedel Conservatory on Wednesday, the NPA’s John Coupar made the announcement, saying that he wants to being “passion and purpose” to City Hall.

The location of his announcement was no accident, either.

“This is a very special place for me,” said Coupar. “The Bloedel Conservatory right behind us at the pinnacle and geographical centre of Vancouver was a big part of my father’s life – and it’s become such a significant part of mine too.”

Saving the landmark is something Coupar said he is “incredibly proud of, and I want to bring that same passion and purpose to City Hall to ensure the future of a healthy, vibrant and financially successful city with a responsible, thoughtful and inclusive approach to the issues our city is facing today.”

Coupar was elected in 2011 as a Vancouver Park Board Commissioner for the NPA.

He is a lifelong Vancouverite and currently the President of Novex Delivery Solutions, a carbon-neutral delivery service.

During his time with the park board, Coupar said he has helped create the Park Foundation, has worked to secure an upgrade to the Vanier Park docks, helped ensure a new paddling centre was built in False Creek, and spearheaded the construction of a new kitchen at the Killarney Seniors Centre.

Coupar is the second NPA member to announce his bid for the mayor’s seat. Last month, Hector Bremner announced he was also running for mayor of Vancouver.