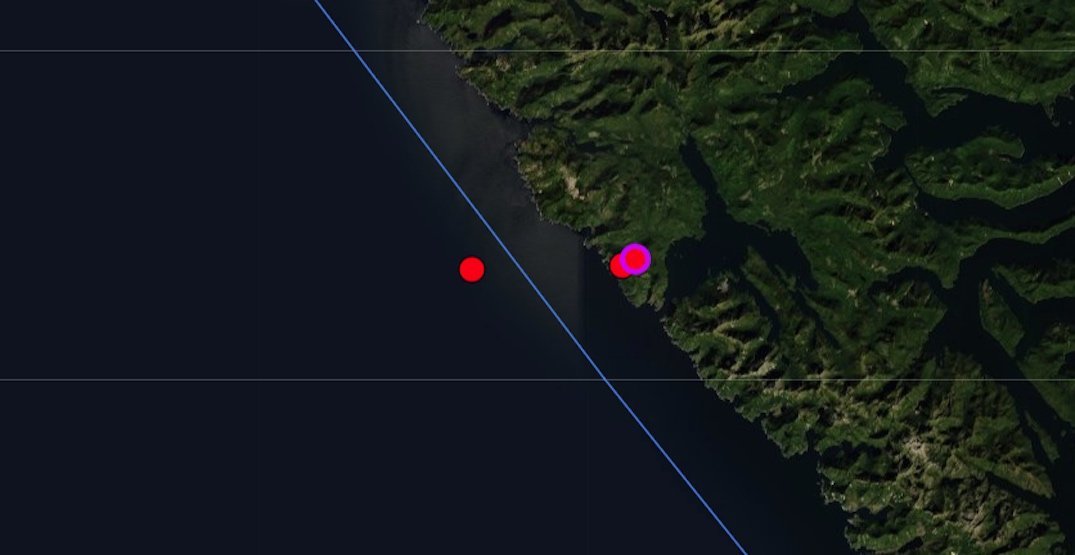 Locations of three earthquakes on Haida Gwaii, BC on November 9, 2019. (Earthquakes Canada)

According to Earthquakes Canada, all three seismic events happened inside a minute at 10:58 am, with the epicentres located over 50 kms from the Village of Queen Charlotte.

The first earthquake had a magnitude of 4.6 and a depth of five kms, with an epicentre on land.

No damage can be expected given the location, magnitude, and depths of the earthquakes. A tsunami warning was not issued.

The trio of earthquakes occurred near the Queen Charlotte Fault, where the Pacific Plate slides under the North American Plate.

South of the border, according to the US Geological Survey, the Seattle region also experienced two minor seismic events today, with a magnitude 3.2 earthquake at 7:38 am striking 40 kms east of Seattle and at a depth of 17 kms. A less powerful earthquake with a magnitude of 2.3 was also detected in the same general area at 4:12 am, with a similar depth of about 16 kms.