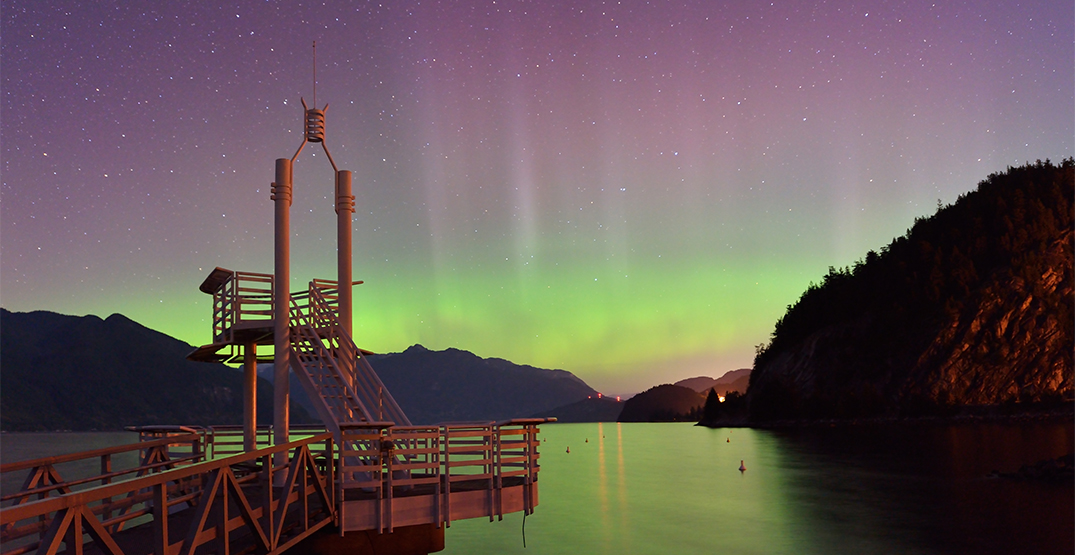 A Canadian expert says northern lights aren’t expected in Metro Vancouver this weekend, so driving up to Porteau Cove to see them may be fruitless.

There were signs earlier this week that the aurora borealis might be visible from Vancouver. Now, that seems unlikely, Taylor Cameron, a research scientist with Natural Resources Canada, told Daily Hive via email.

A coronal mass ejection from the sun, which Cameron said is basically a blob of plasma and a magnetic field, was spotted heading toward the earth earlier this week. That’s why many people suspected the northern lights might appear.

The mass ejection arrived on Wednesday evening, but it didn’t have a large effect on earth’s magnetic field, Cameron said.

It “did not kick off the kind of geomagnetic storm that causes the aurora to occur in southern Canada,” he said.

There’s typically an 11-year cycle of solar activity, he added. It’s in the low phase right now, but activity should pick up in the next few years which will make aurora more frequent.

Many stargazers frequent Porteau Cove to see celestial phenomena, but it’s doubtful there will be aurora there on Friday evening.