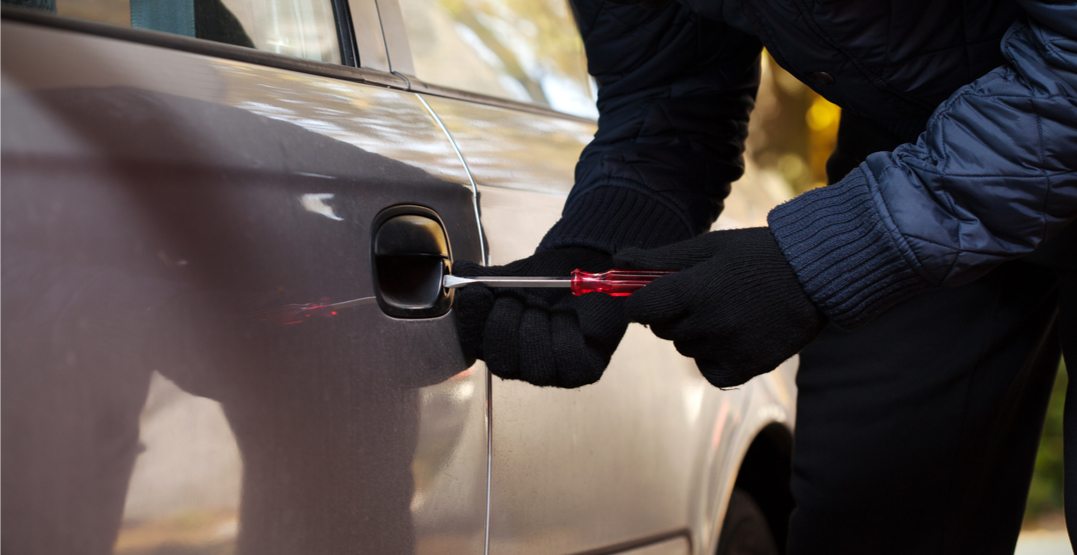 North Vancouver RCMP are investigating what they say was string of vehicle break-ins and thefts that took place in the Lyn Vally area early on Wednesday.

“Investigators are asking the public to report any suspicious activity, such as one or more people walking up or down a neighbour’s driveway after dark,” said North Vancouver RCMP Cpl. Richard De Jong.

Police noted however, that some progress is already being made on the case.

In a release, police said a stolen red, early ’90s, model panel van believed to be associated with the thefts has since been recovered in Burnaby.

In addition to the van, De Jong said, “several other stolen items have since been recovered.”

The North Vancouver RCMP General Duty and the Lower Mainland District Forensic Service are continuing to investigate the thefts as well.

Now, police are seeking further information to assist in identifying two suspects believed to be involved in the string of thefts.

“It is likely that someone saw these individuals and may have information that could lead to an arrest,” said De Jong.

In light of these incidents, police are also reminding people to always lock their vehicles and keep all valuables secure or hidden.

“By taking steps to lock vehicles and remove objects from view, the risk of being a victim of this type of crime is much lower,” said De Jong.

North Vancouver RCMp are also asking anyone with with information on these incidents to call them at at 604-985-1311. Those who would like to remain anonymous can leave a tip with Crime Stoppers by calling 1-800-222-8477, or do so online at solvecrime.ca.