North Vancouver RCMP are asking for the public’s help in identifying a suspect after he reportedly performed “an indecent act” in front an elderly woman near Lynn Canyon last month.

In a release issued on Thursday afternoon, police said the incident took place on August 9.

Around 1 pm, “a lone elderly female was approached by a male who performed an indecent act in front of her,” the release said. “The suspect was last seen riding away on an older navy blue mountain bike while wearing a silver and blue bike helmet.”

The suspect has been described as Caucasian, approximately 50 years old, 6′ tall, with short grey hair and tanned. He was wearing a grey t-shirt and black shorts. 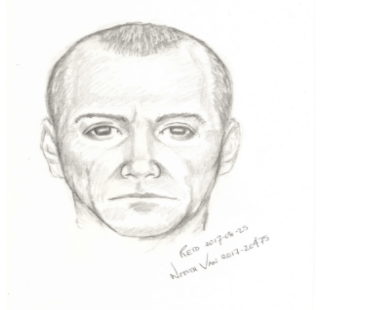 Anyone who may know the suspect or has any information on him is asked to contact the North Vancouver RCMP at 604-985-1311.