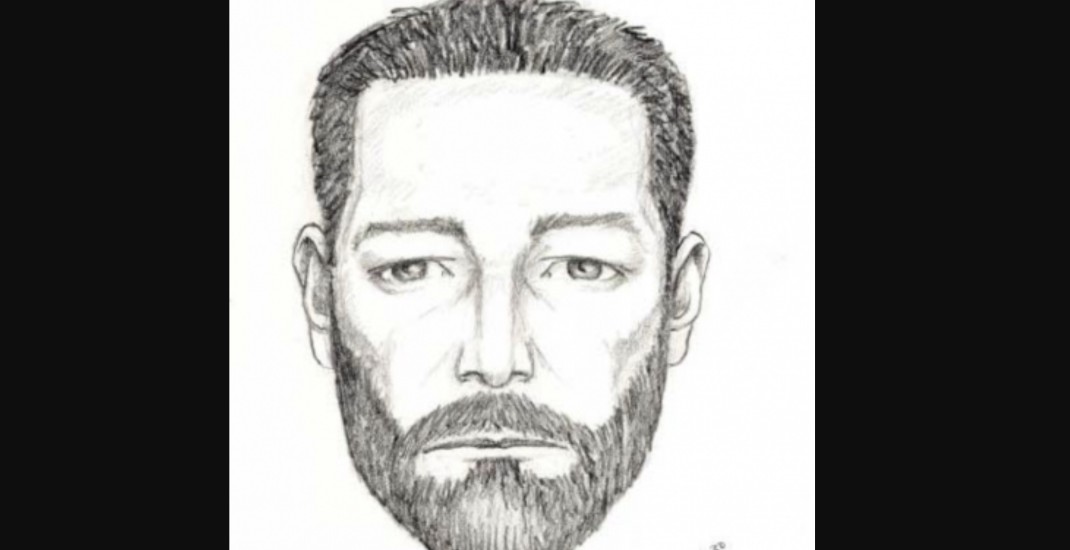 Delta Police have issued a composite sketch of a suspect wanted for a sexual assault that took place in North Delta in April.

According to Delta Police, the incident occurred between 12:30 and 1 am on April 12, near Sunbury Hall in North Delta. The victim was dropped off by a friend and was walking through Sunbury Park. She was approached from behind forced to the ground and sexually assaulted.

The suspect is described as a Caucasian male, approximately 35-years-old, 5’10” tall with short brown hair, a full beard, and a thin looking face. He has a medium build and was wearing a black hoody and blue jeans.

The Delta Police Sexual Offence Unit has actively investigated the incident and has completed witness and victim interviews, forensic examinations, and an area and video canvass.

Following the incident, police have maintained an enhanced presence in the immediate area of the park.

Anyone who may be able to identify the suspect pictured in the sketch, or who may have seen unusual or suspicious activity in the area of Sunbury Park during  April 11-12 is asked to contact Delta Police at 604-946-4411, and refer to tip file number is 2018-7710.