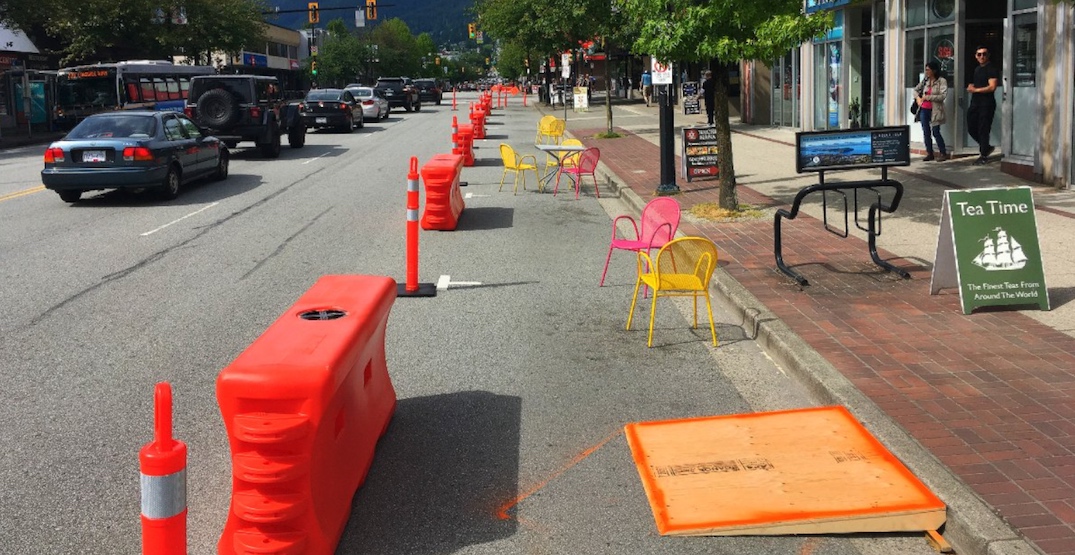 Some big temporary changes have been made to Lonsdale Avenue within the City of North Vancouver over the past week.

Using traffic control barriers, the municipal government has closed the curbside parking lanes on both sides of the street over a five-block-long stretch between 13th Street and 18th Street.

This provides pedestrians with more safe space to move around and practice physical distancing, as well as queuing and retail space for shops and patios for restaurants.

This is all part of the municipal government’s plan to create 12 km of “open streets” across its jurisdiction, with Lonsdale Avenue within the Central Lonsdale and Lower Lonsdale areas — including Lonsdale Avenue from Carrie Cates to 3rd Street — being the first priority. The entire network of changes will be made in multiple phases over the coming weeks. 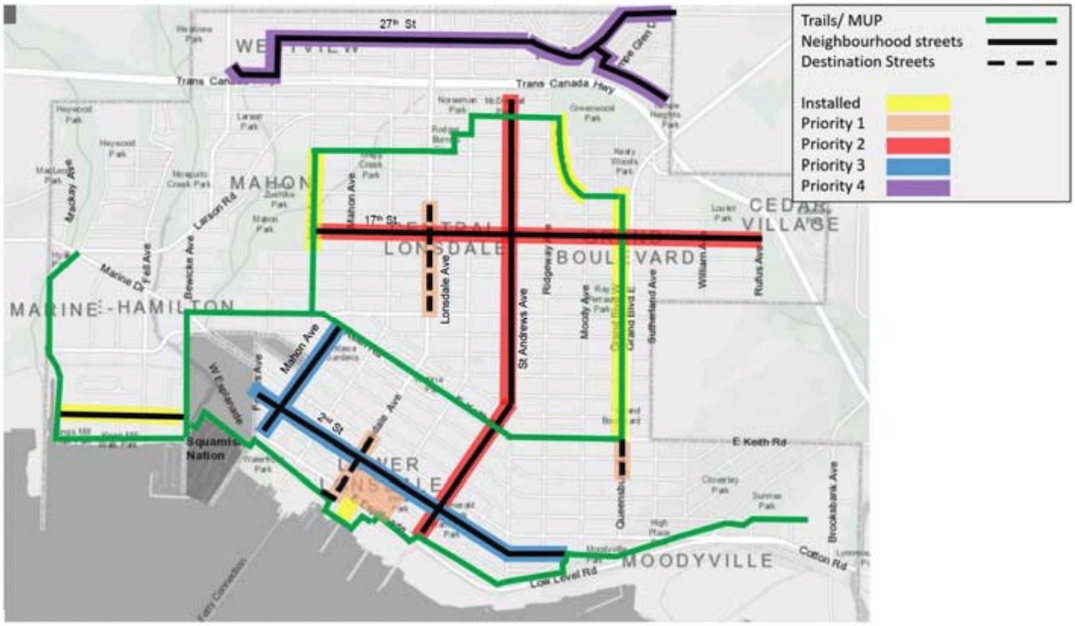 Map of the Open Streets plan. (City of North Vancouver)

The city chose the streets and blocks for intervention based on considerations such as the volume of people walking or cycling, and the presence of retail, restaurants, major businesses, and amenities.

As well, the city is moving to designate a number of these curbside parking lane open spaces, public parks, and public plazas as areas where liquor can be consumed.

Aside from the destination streets, the city is traffic calming residential neighbourhood streets by discouraging through traffic with the use of barricades. This is similar to the City of Vancouver’s plan of implementing 50 km of slow streets.

The City of North Vancouver has set aside $150,000 in funding to support the installation and operation of its open street program. 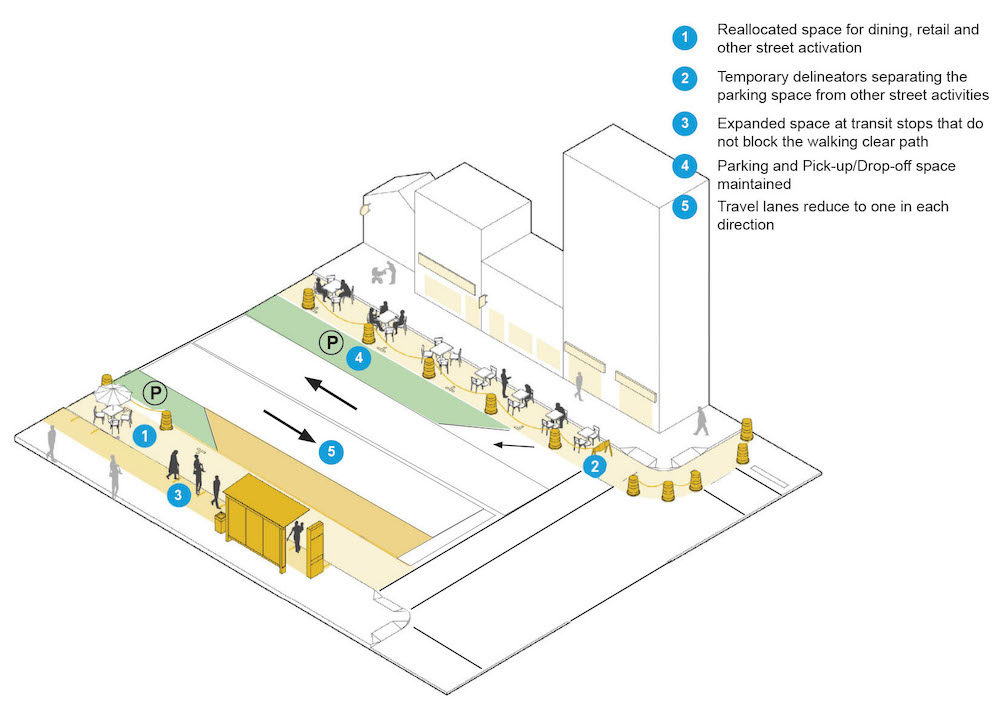 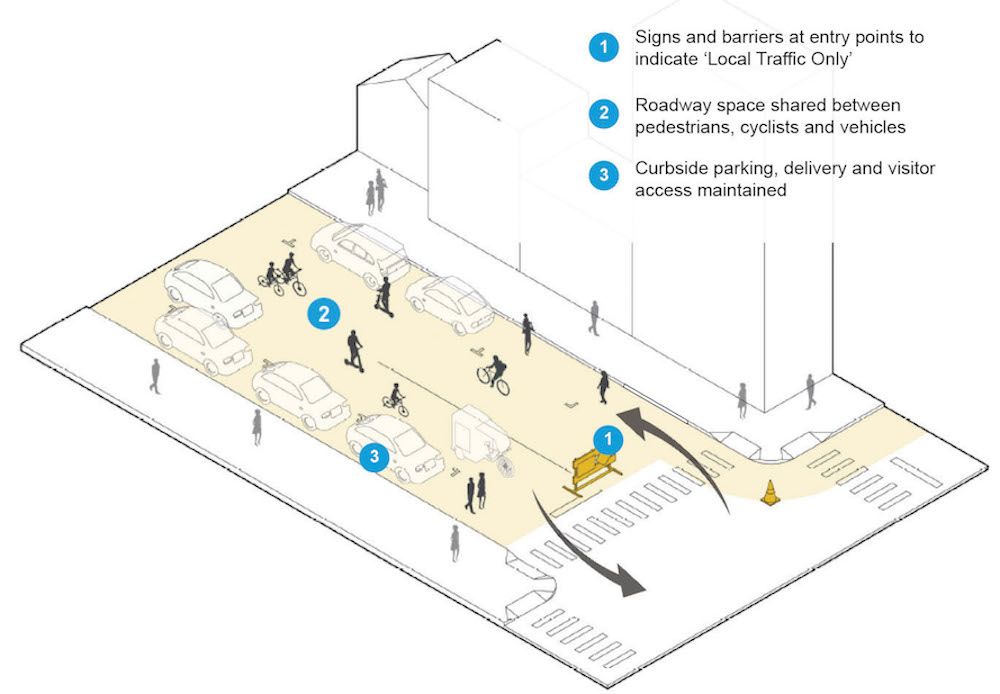