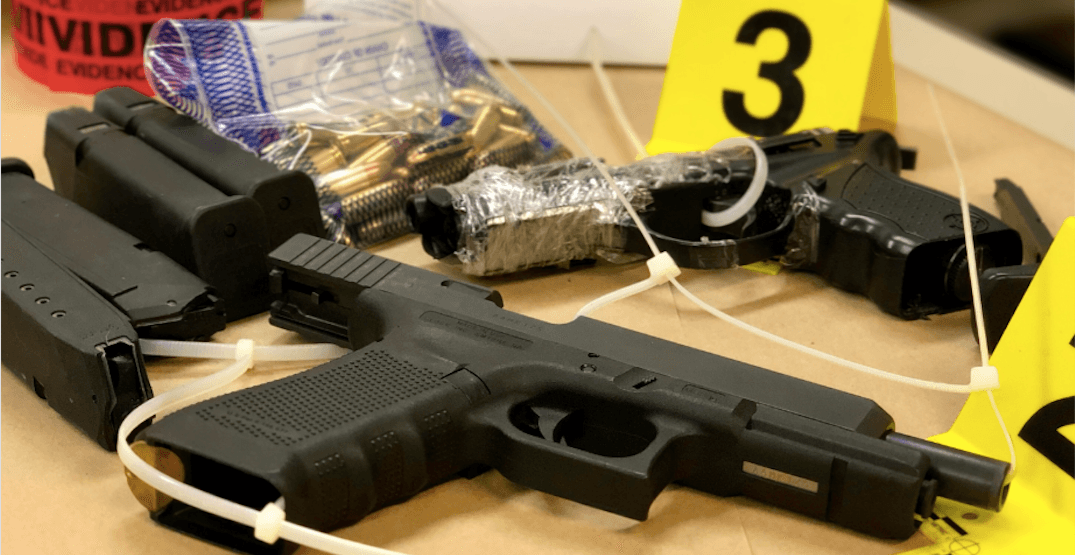 This gun was ordered in the mail by a North Vancouver man. (RCMP)

In a release on Tuesday, police said the investigation began on the morning of April 30, when North Vancouver RCMP received information from RCMP in Armstrong, BC, about a fraudulent transaction involving the private sale of a handgun to a buyer in North Vancouver.

With the assistance of a police negotiator, the Serious Crimes Unit made an arrest in less “than 24 hours.”

According to North Vancouver RCMP Sgt. Peter DeVries, time was of the essence in this case. “We absolutely did not want another illegal handgun to make it to the street,” he said. “So we jumped on it.”

Then, on May 23, the BC Prosecution Service approved seven separate charges against 29-year-old Trevor Glenn Beaton. These include: