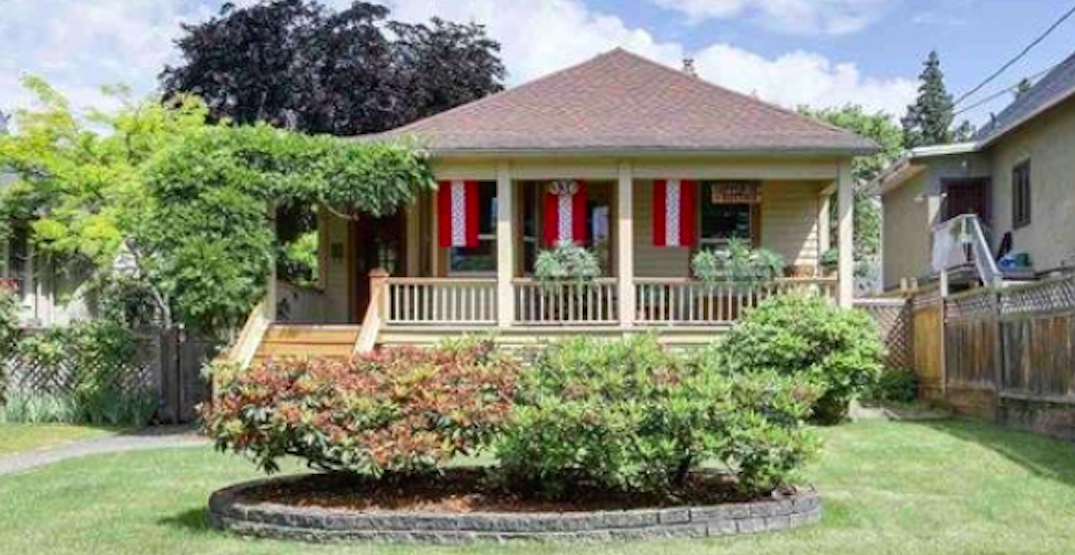 A heritage home in North Vancouver could be yours for free – provided you’ve got a place to put it, and the funds to move it.

Located at 336 East 9th Street, the 1,800-sq-ft home, known as the James Residence or the Copper Cottage, sits on a property that was recently purchased by a new owner, who’s hoping to build a duplex on the site (for which it is properly zoned).

According to Jennifer Clay, vice president of North Shore Heritage, there have been talks with house-moving company Nickel Bros about the viability and process of moving the structure to a new location instead of demolishing it.

Clay said she is still waiting for a response from the City of North Vancouver (CNV) “as to the process, cost, and the possibility of waiving fees and/or expediting the process on their end.” She is also waiting for information from the developer on their expectations regarding the cost.

For those seriously interested in pursuing this place as their potential new home, Clay said time is of the essence.

“The developer told me he thinks it will take him one month to get the permits for demolition and their new build,” she said. “He said he’d be willing to give us a few more weeks after that.”

As an added plus, Clay said that Nickel Bros have told her “they think that they could get this done in six weeks.”

The moving process itself would include a number of steps.

“After removing the addition, Nickel Bros will seal up the open wall with Tyvek as part of their cost,” she said. “You will still need a carpenter to properly seal and finish the inside and outside wall once the home has been moved.” The chimney will also need to be removed in order to prevent damage to the house during the move.

Clay said the house has “quite a peaked roof, but given that it is only one storey, its height of 16 feet will allow it to go under about 95% of the overhead electrical power lines, so the permits required to have Hydro remove lines ahead of the truck/house will be limited.”

It is best, she said, “if the home is moved to its permanent location directly. Nickel Bros will put it on blocks about 2 feet off the ground ,and the foundation can be dug under that.”

Due to settling and slight adjustments to the house during the move, she added, “it is best to build the foundation after the home has been moved.”

Those looking to relocate the home to another lot within the city will need to have an engineer submit a drawing of the house plan, and they will still require a building permit. In addition, the house has old electrical, plumbing, and ductwork that will cost about $5,000 (electrical), $3,000-$4,000 (plumbing), and minimal fees (ductwork) to upgrade.

“We have not yet made contact with the CNV, but we hope that they could expedite the issuance of a permit,” she said. “If not, the home is not considered a ‘home’ until it touches the ground, so if Nickel Bros can move it into place on your property, and put it up on blocks, you can get the permit after that.”

The final number will depend on distance, and the cost includes the rental of the blocks (on which the house sits) for two months. After that, it will be about $1,200/month to rent the blocks.

According to Clay, this is not the first house to be moved like this in North Vancouver.

“There was a house moved from E 3rd to E Keith Road and Sutherland,” she explained. “Homes are moved frequently from North Vancouver and West Vancouver to other parts of Vancouver and various Gulf Islands.”