After committing “multiple offences” of break and enter, theft, and fraud, a 26-year-old man has now been arrested by North Vancouver RCMP.

The arrest stems from an investigation that began in early June, when police received various reports of mail thefts from apartments and thefts from vehicles and residences in the North Vancouver area.

Police said that as the investigation continued, “it became clear that one person of interest was in fact responsible for the majority of the offences.”

On June 13, RCMP arrested Cody Parent, a Surrey resident, for several counts of Break and Enter, Theft, and Possession of Stolen Property.

Police also executed a search warrant pertaining to his residence and discovered an assortment of stolen property including stolen mail identified with various addresses from the Lower Mainland.

Police said Parent also allegedly used one of the stolen credit cards and identification to purchase a new BMW vehicle. That vehicle has subsequently been seized by police as property obtained by fraud. 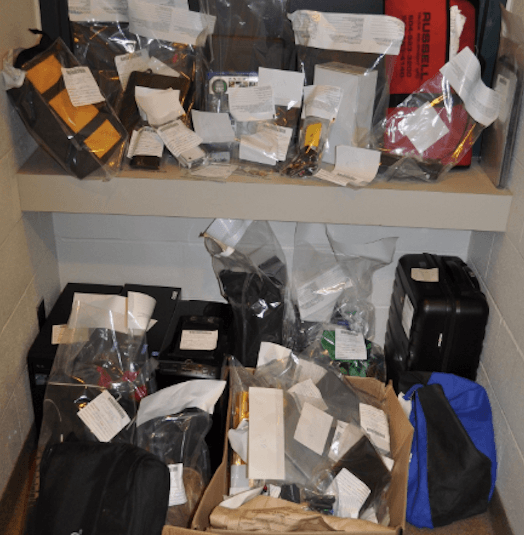 A snapshot of some of the stolen property. (North Vancouver RCMP)

Now, investigators are continuing the process of identifying owners of the stolen property with the anticipation of laying additional criminal charges against the accused.

“The amount of recovered personal stolen property is staggering,” said North Vancouver RCMP Cpl. Richard De Jong of the North Vancouver RCMP. Police are reminding citizens to be extra vigilant in protecting all of their personal identification, credit cards and valuables, which once stolen may all be used fraudulently.

Parent is being held in custody on alleged charges of Break and Enter, and Breach of Court Order.