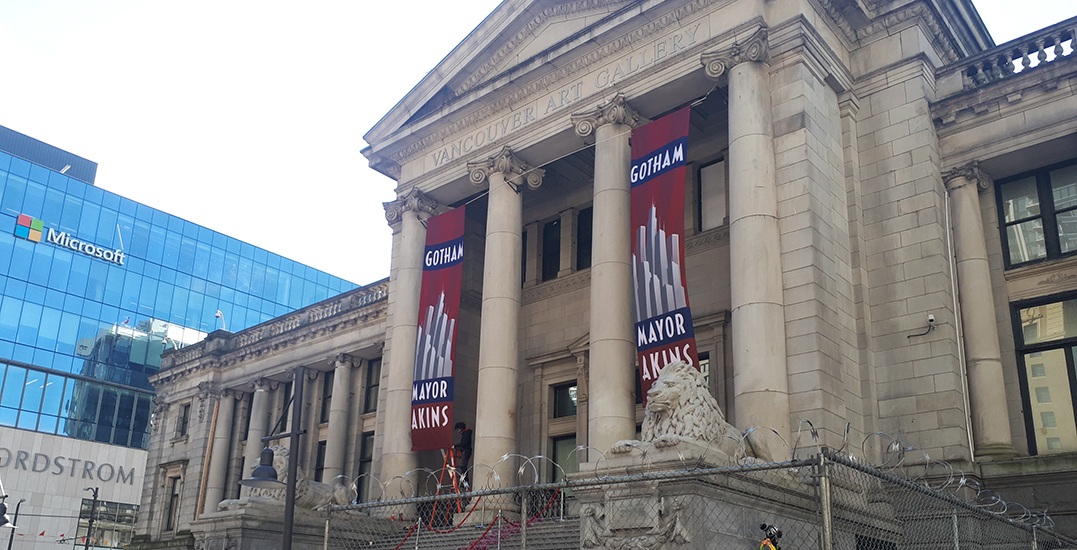 Filming is currently underway for the CW’s Batwoman and crews were spotted Tuesday at the Vancouver Art Gallery (VAG).

The entrance to the gallery was recently seen fenced off with barbed wire and two burgundy banners were hung from the building, which read “Gotham” and “Mayor Akins.”

A roped off red carpet adorns the stairway outside, and a pile of artfully-placed debris finishes the scene. 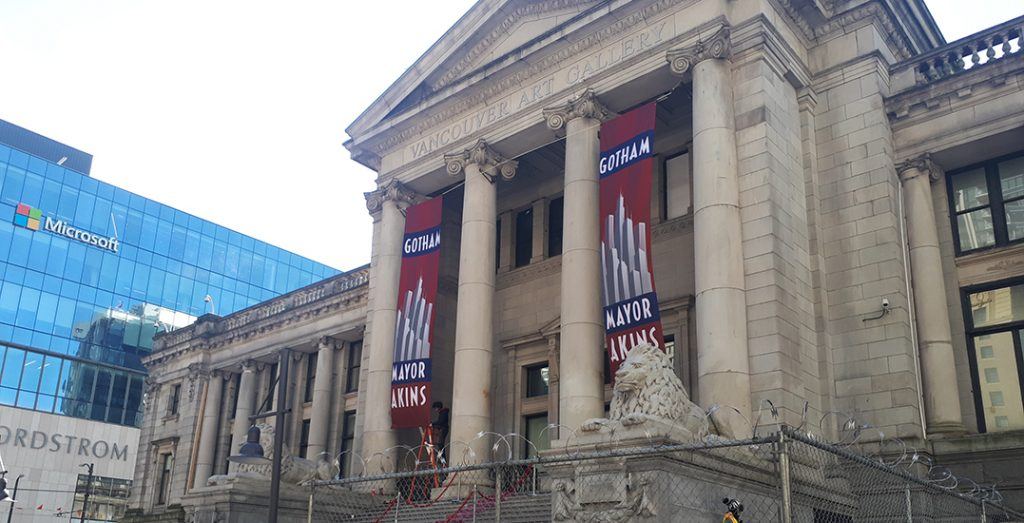 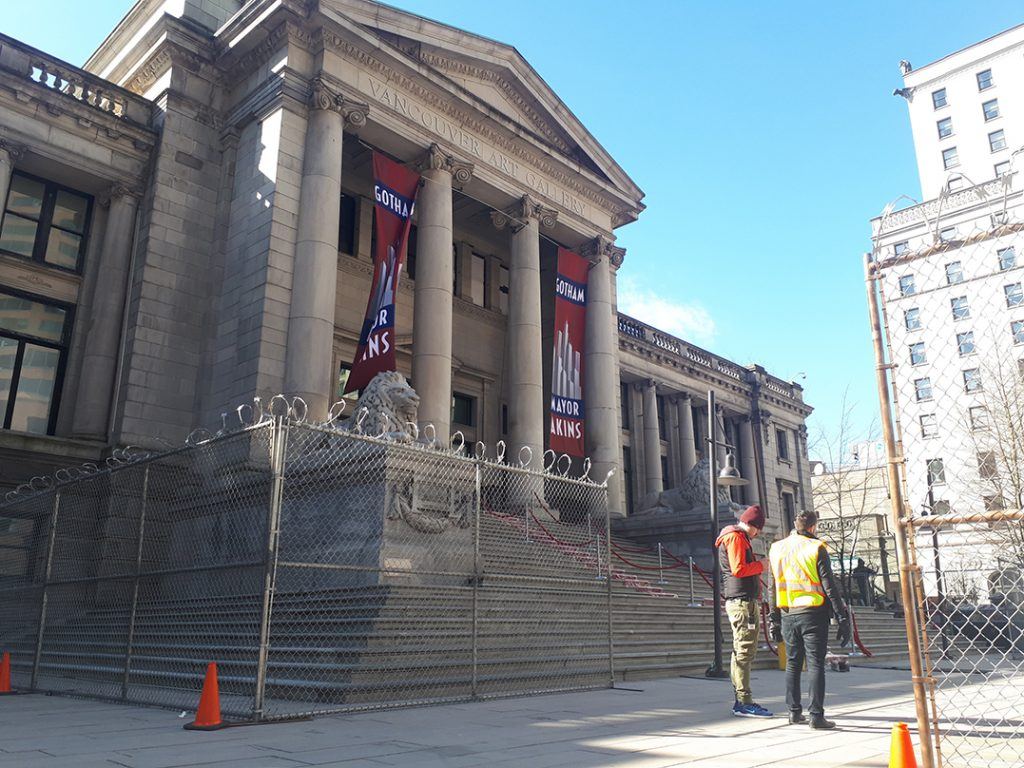 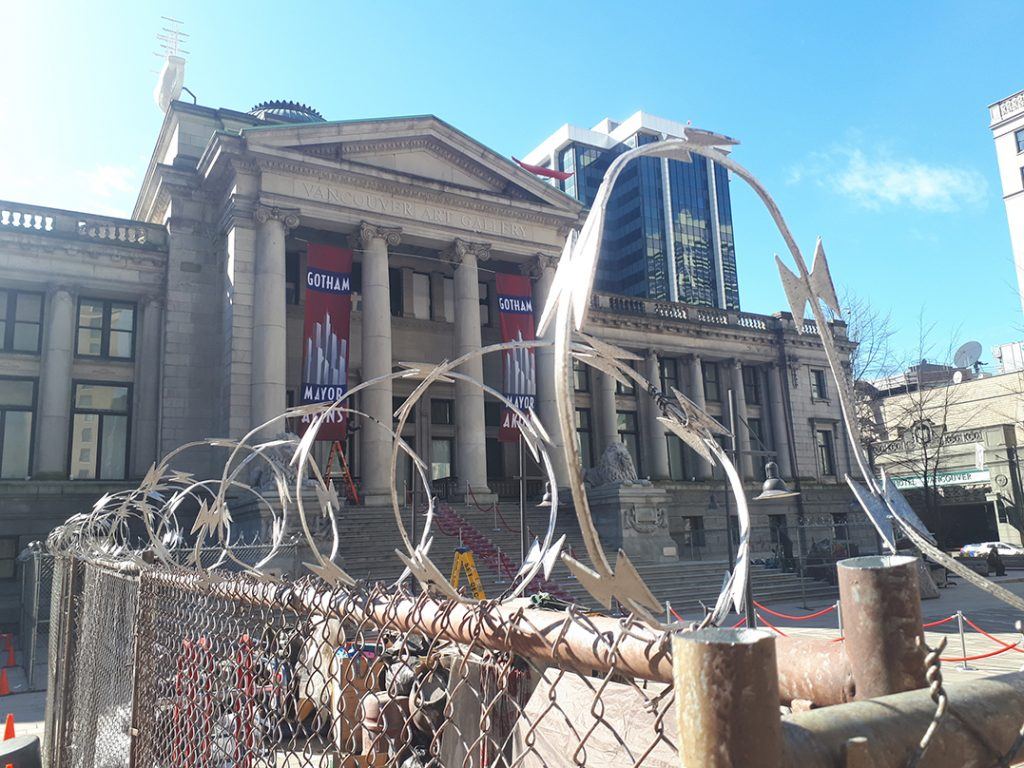 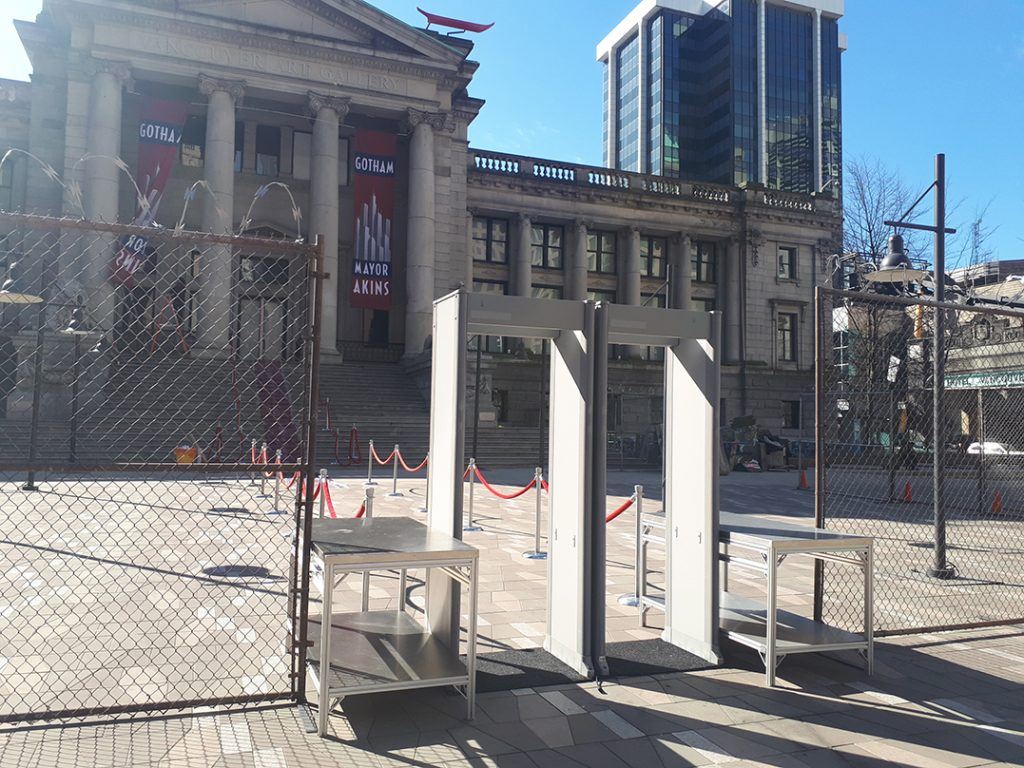 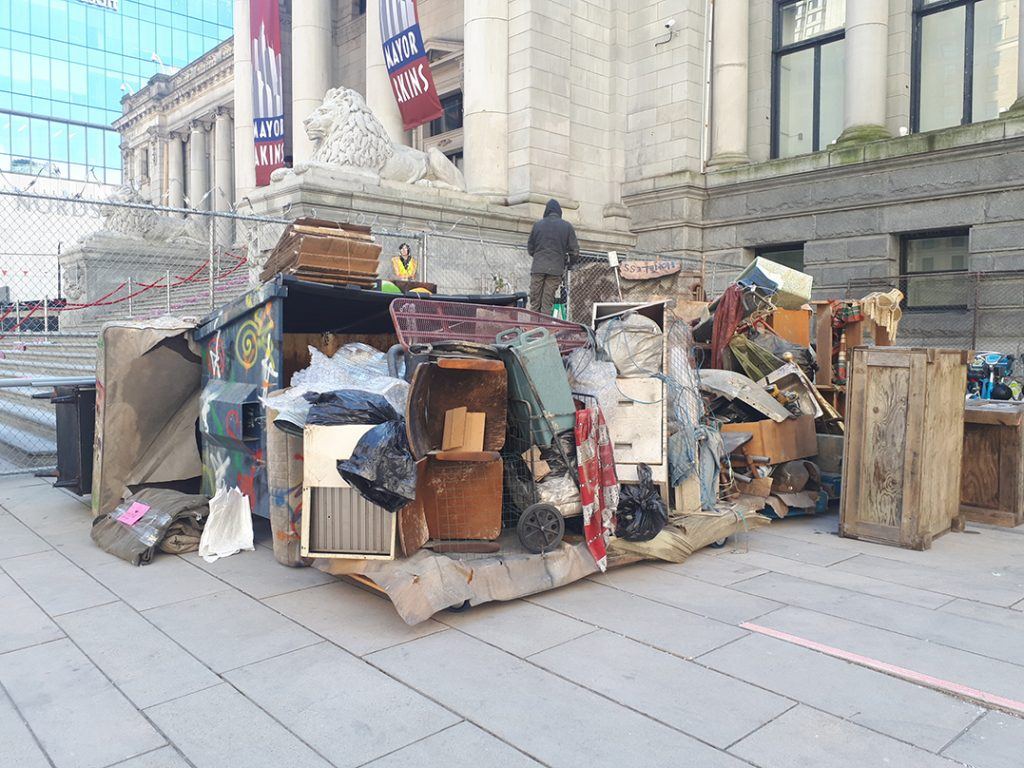 Film crews are expected to be in Vancouver from now until Monday, March 25, as they film the pilot episode.

Rose is best known for her role in  Netflix’s Orange Is the New Black, along with movies like John Wick: Chapter 2, Pitch Perfect 3 and The Meg.

Be sure to keep an eye out, you might just see Batwoman herself.

-with files from Alison Pudsey