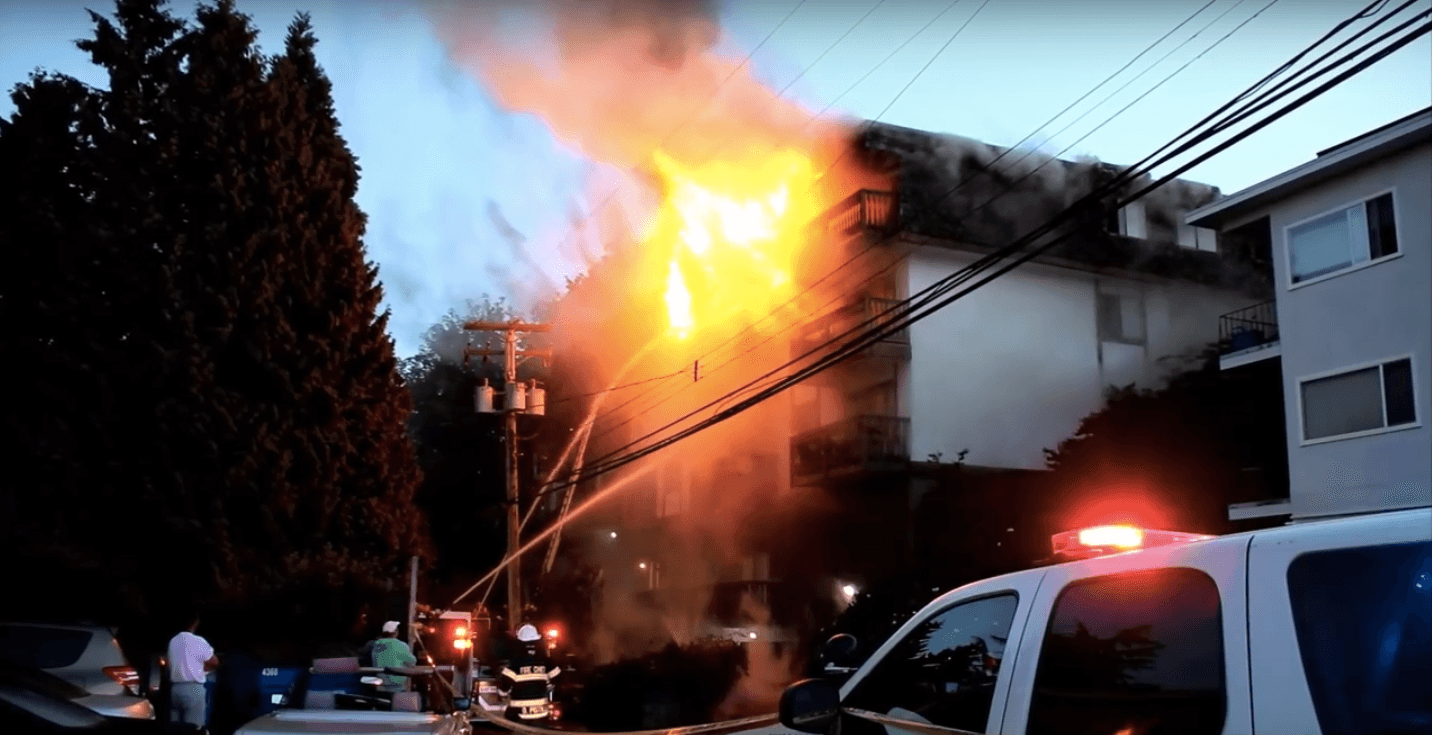 A man has died as a result of the apartment fire in North Vancouver that happened early Monday morning.

Initial reports stated two people had been sent to hospital for smoke inhalation and that there were no other injuries to report; however, North Vancouver fire chief Dan Pistilli confirmed the man’s death to Daily Hive.

“Once it was safe to enter the suite of origin, we did locate a person,” says Pistilli, adding they initially thought the man was on vacation.

Pistilli says he has yet to be identified and that the investigation has been turned over to the North Vancouver RCMP and BC Coroners Service. While the cause of the fire hasn’t been determined, Pistilli says investigators will start digging through everything today.

The blaze took hold of a low-rise building at East 2nd Street and St. Patricks Avenue at around 5 am and knocked power out to more than 130 people in the Lower Lonsdale area. The fire was so large, it could be seen from downtown Vancouver and blanketed the North Shore in a haze of smoke.

A video has surfaced giving a close-up view of the fire as well as a balcony rescue.