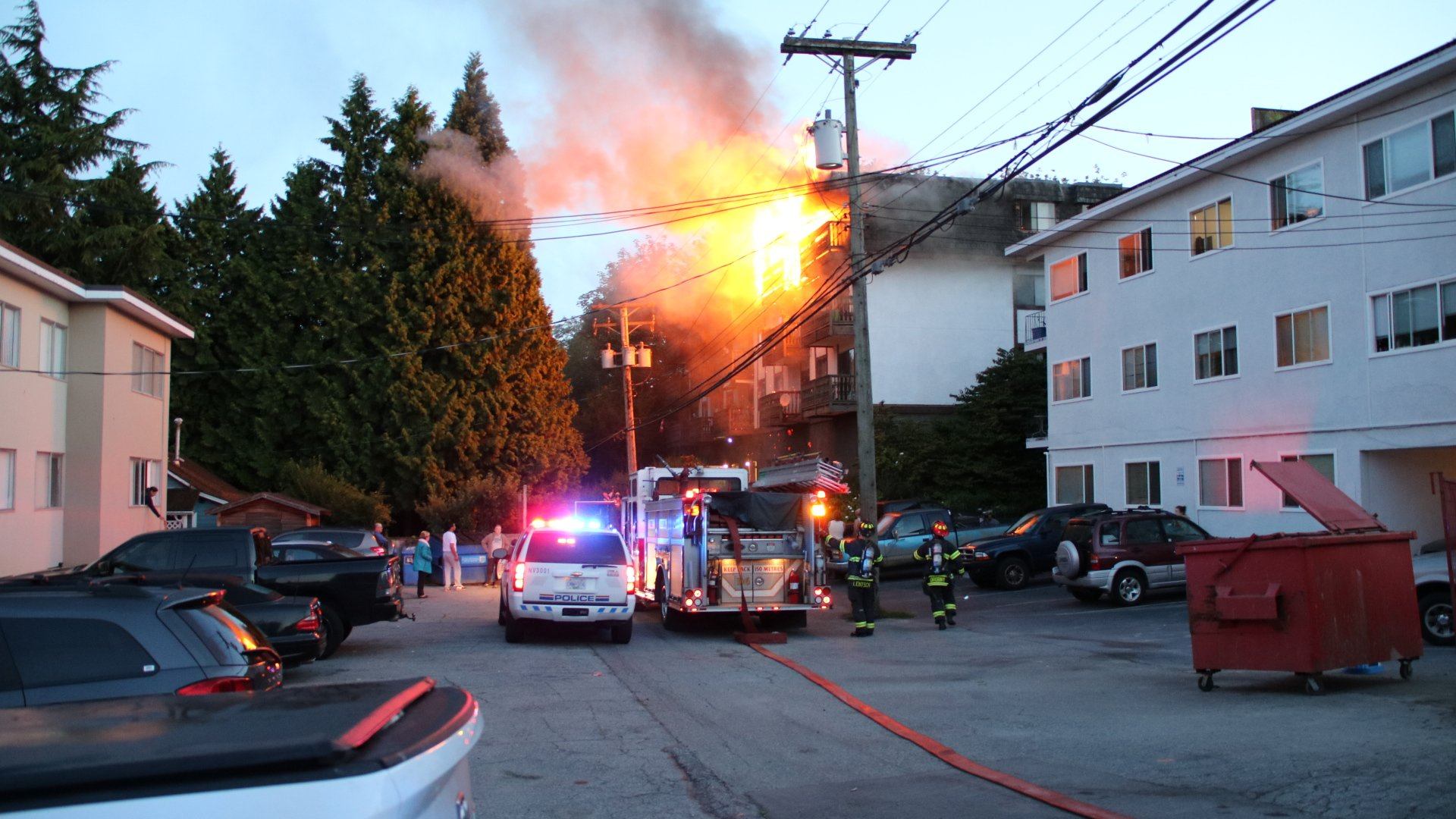 UPDATE 9:45 am: North Vancouver Fire Chief Dan Pistilli tells Daily Hive that the fire is mostly out, save for a few hotspots in the roof area. Two people were sent to hospital for smoke inhalation, but there are no other injuries to report. The cause of the fire is still unknown.

Crews are on scene battling an apartment fire in the Lonsdale area of North Vancouver.

Our @NVCFD is at the scene of an early morning apt fire on East 2nd and St. Patrick. #NorthVan pic.twitter.com/DyQadwTj5z

BC Hydro says the power is out north of Alder Street and south of St. Patricks Avenue as a result of the fire. Crews are currently on site, but there’s no estimation of how long it will take to get power back on to the area. There are 131 customers affected by the outage.

It’s unknown if there are any injuries.

The fire is visible from downtown and has left a haze of smoke over the North Shore.