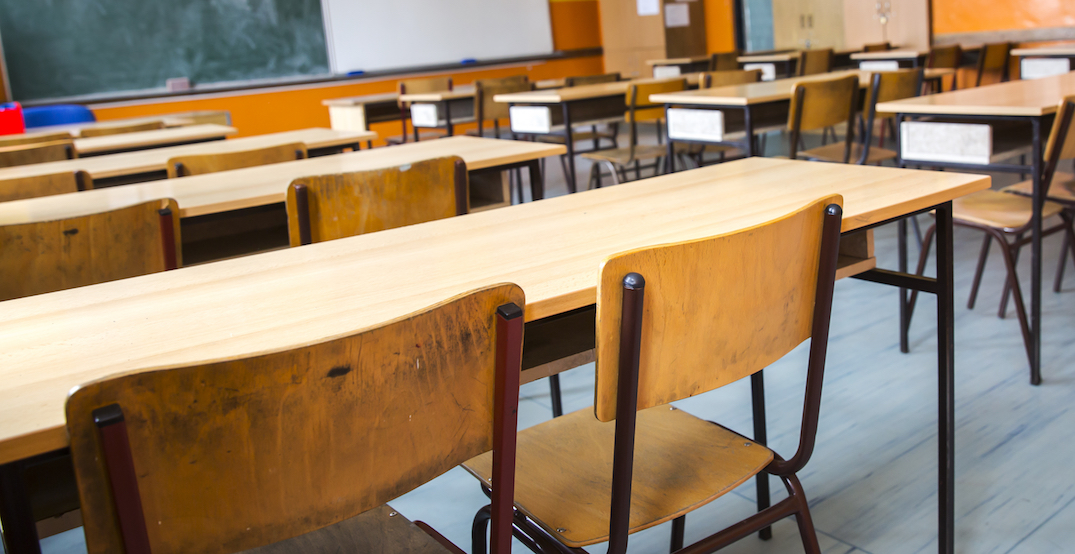 An elementary school teacher in North Vancouver has been suspended after an investigation into his conduct with students.

In 2019, the BC Commissioner for Teacher Regulation received several complaints from a parent about Sylvain Joseph-Leo Desbiens.

Desbien has admitted that between September 14, 2018, and October 28, 2018, he would use a move described as a “back-breaker” on male students when he was teaching a Grade 4/5 class.

According to documents, the “back-breaker” consisted of Desbiens “placing his knee in the student’s back while pulling backwards on the student’s shoulders and arms, without using his full strength.” 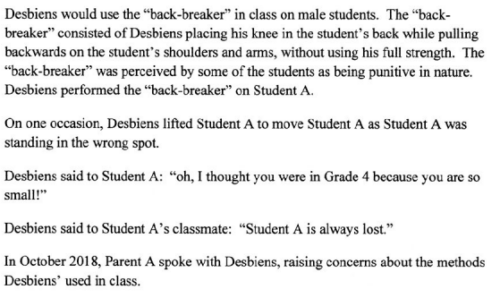 Agreement from BC Commissioner for Teacher Regulation

Some students apparently found the move to be punitive. At one point, a group of students nominated a classmate to “sacrifice” themselves for punishment by receiving the back-breaker as other students didn’t want to have it performed on them.

In another incident, Desbien has admitted to pinching a student’s trapezoid to the point where it hurt.

He also admitted to pretending to strike students by “forcefully slapping one of his hands into his open palm above their heads.” On one occasion, he accidentally made contact with a student’s head.

The agreement also shows Desbien admitted to telling his class he would bring a whip to school, implying it would be used to punish students.

After these complaints were brought forward in 2019, the school district in North Vancouver issued a letter of discipline and suspended him without pay for three days.

He was also required to attend a counselling/coaching session with a workplace psychologist.

Desbien was previously employed by the Vancouver School District. In 2011, he was sent a “letter of expectation” after apparently taping a student’s mouth shut with masking tape.

The decision from the BC Commissioner for Teacher Regulation was handed down earlier this month, and Desbien is serving his suspension from May 16 to May 20.

According to the documents, he has until March 2023 to complete the “Creating a Positive Learning Environment” course through the Justice Institute of BC.