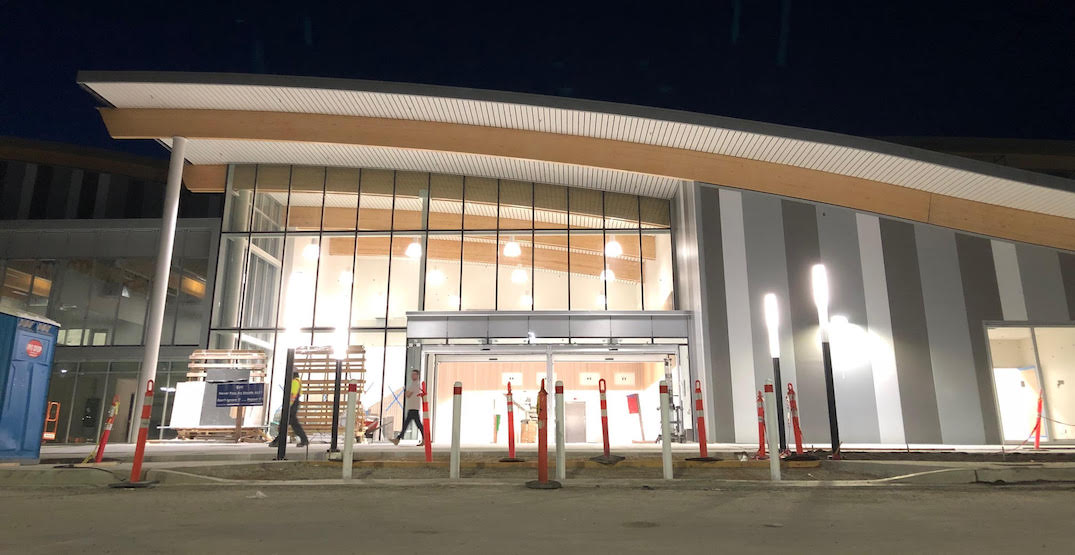 A significant community and recreational complex in North Surrey is set to become a major destination attraction for the area, while also providing a rapidly growing municipality with a much-needed recreational amenity.

Aptly named the North Surrey Sport and Ice Complex (NSSIC), the $52-million, 110,000-sq-ft complex features three ice rinks for ice hockey and figure skating, as well as a full fitness studio and weight room for public use, multi-purpose rooms for spin classes and yoga, rentals, and food services. When the rinks are not covered with ice, they can be used for lacrosse.

“We know that healthy communities are those where residents of all ages and ability levels are engaged and active in sports and recreation,” said Laurie Cavan, the general manager of parks, recreation, and culture for the City of Surrey.

“We are excited to welcome everyone to this modern, fully accessibly facility in North Surrey this September.”

The expansive City of Surrey facility is located at 12780 110 Avenue, next to SkyTrain’s Scott Road Station. It was designed and built by Francl Architecture and Lark Group, with the building drawing inspiration from the area’s natural landforms. 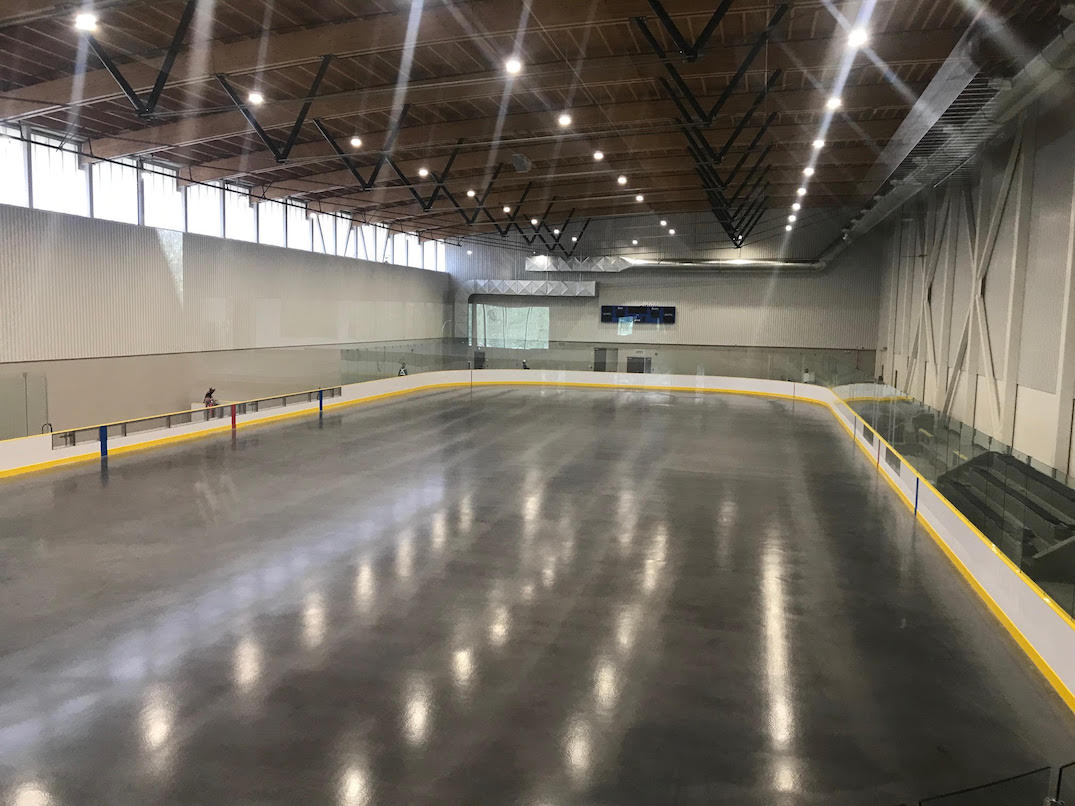 “Sited between the Fraser River and the heavily treed backdrop of the steeply rising embankment, the undulating roof forms reference the sinuous interface between a river and its bank,” Kyle Weiher​, a project manager for Lark Group, told Daily Hive, adding that “the long rising gesture of the entry canopy” provides a welcoming entrance and is visible from the SkyTrain station.

With its overhead framing of the multi-storey lobby, the entrance offers an “illuminated entry lantern” appearance at nighttime. Large windows across the building face provide animation to the facade and reveal the activity within the building. 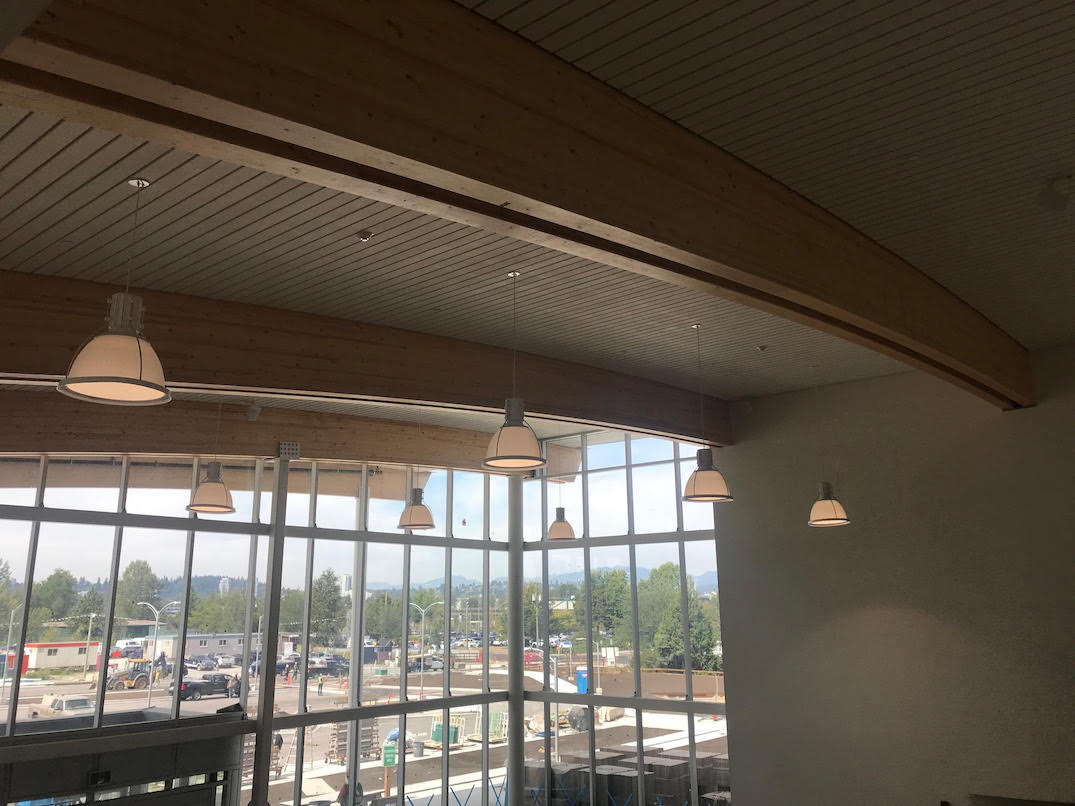 Furthermore, he adds, “the building cladding also looks to the natural environment to inform its shape and texture.” Vertical metal cladding that wraps the exterior is inspired by the “mottled textures of the forested bark and tree trunks” of the area.

There is also a First Nation public art component; white frit dots on clear class panels carry the designs of local artist Trenton Pierre, symbolizing reconciliation in the form of a contemporary Salish dance mask, a drum filled with hopeful symbols, and salmon to respect the cycle of life. 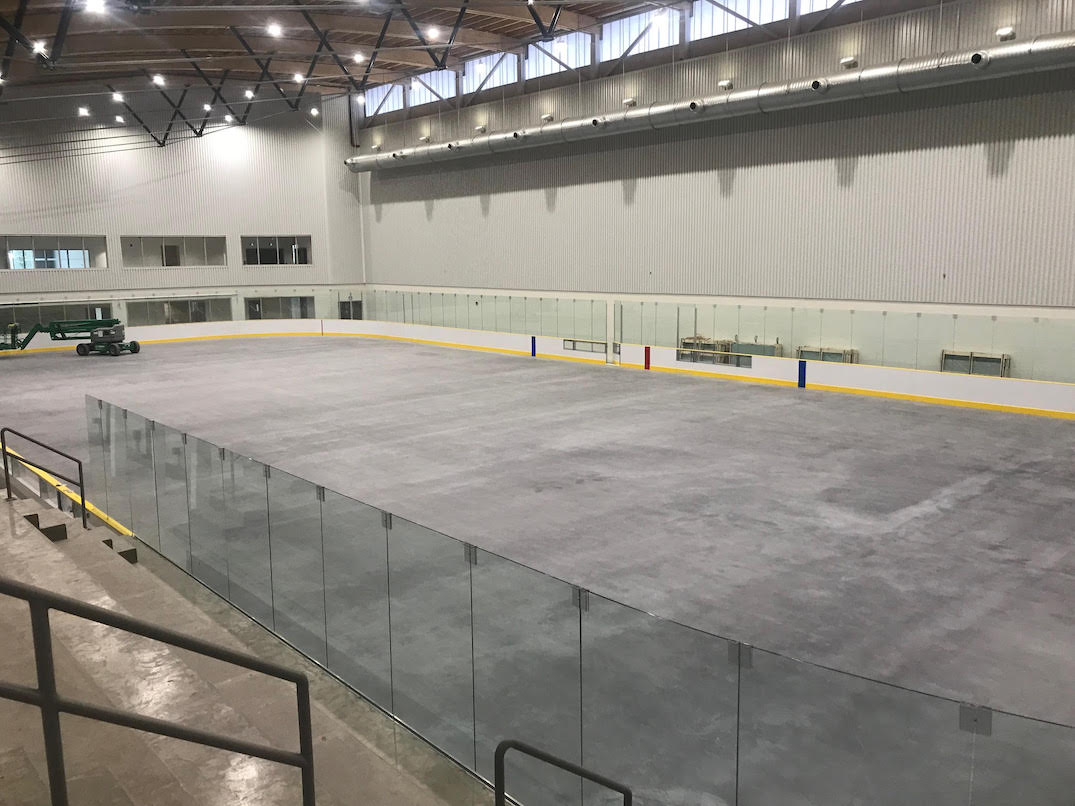 NSSIC’s ice rinks will soft open on Tuesday, September 3 to user groups such as figure skating and ice hockey teams, and fully open to the public on September 30 when the first public ice skating session is held.

The fitness gym and multi-purpose facilities for indoor cycling and yoga will open in early 2020. Grand opening celebrations are slated for the new year.

The facility replaces the ageing and smaller North Surrey Recreational Centre and North Surrey Arena, which will see its ice rink shutter shortly after the opening of NSSIC.

But other recreational programs at North Surrey Recreational Centre will remain continue until December 22, 2019, when the full transition to NSSIC reaches completion.

Both existing facilities, located in Surrey’s emerging downtown area, next to City Hall and Surrey Central Station, are set for redevelopment. 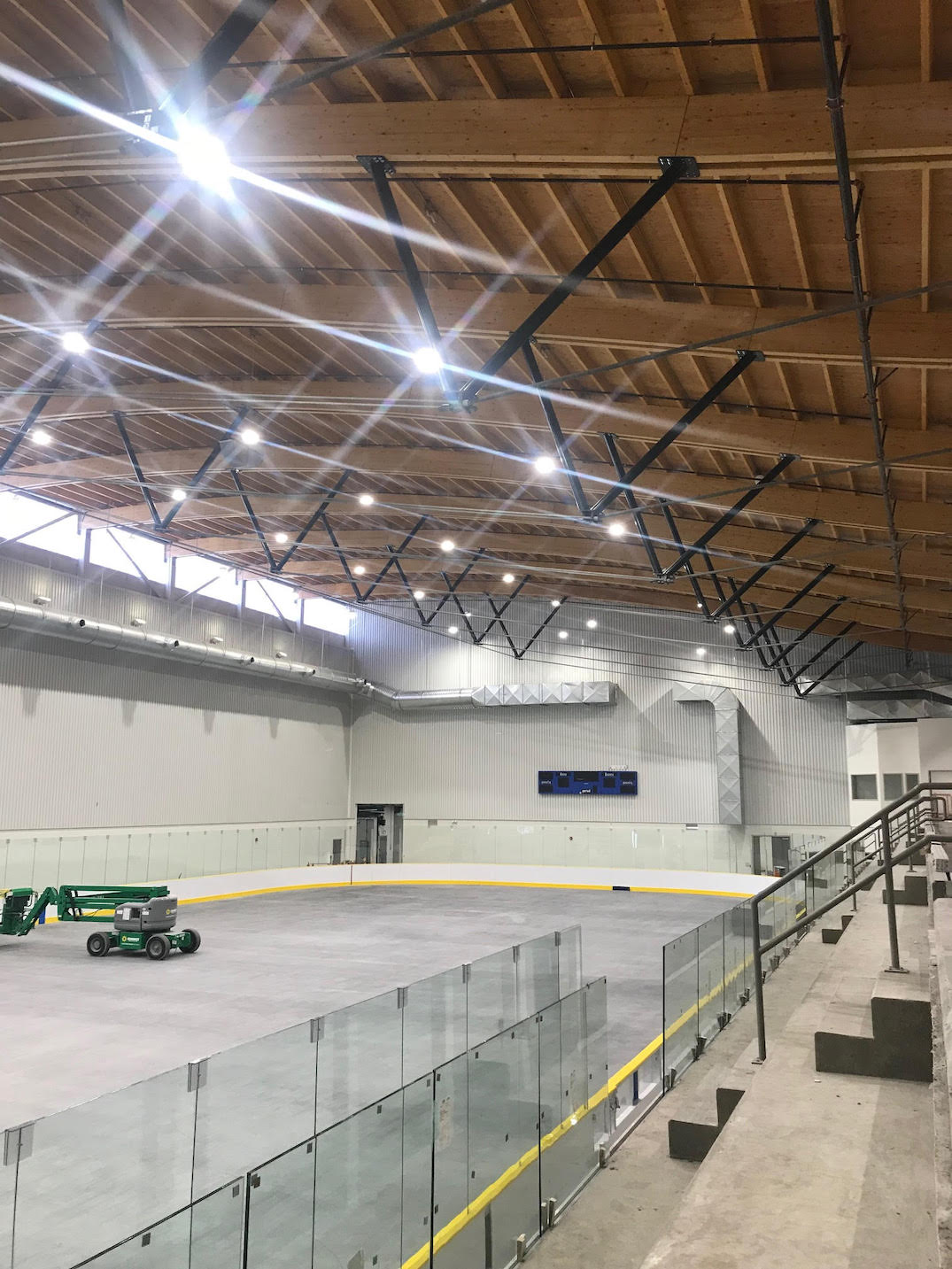