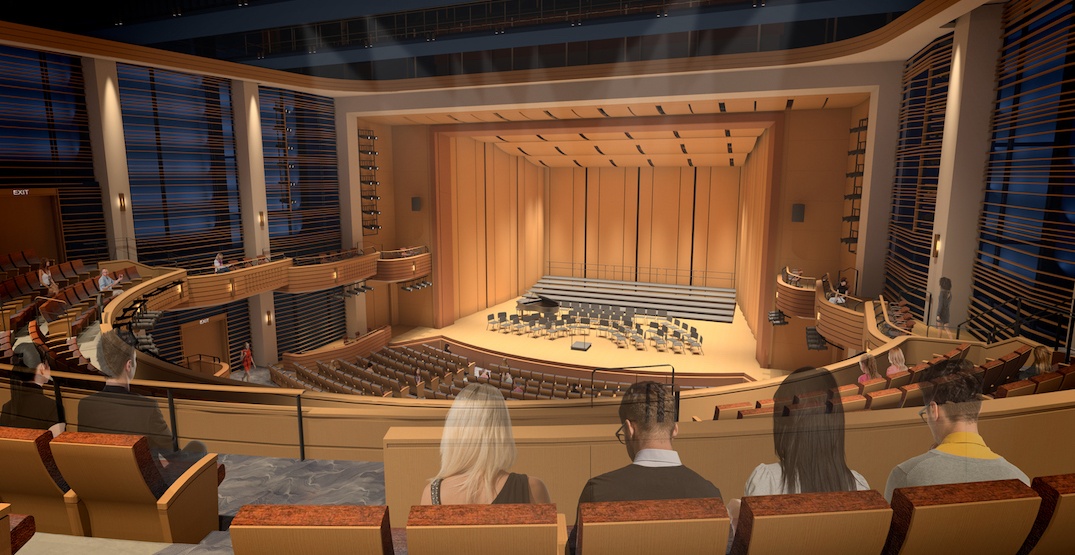 The City of Burnaby is taking the next initial steps of planning for a major performance and events venue and conference centre in the Metrotown area, which is outlined as one of the key cultural and entertainment facilities in the municipal government’s 2017-approved Metrotown Downtown Plan (MDP).

Earlier this week, Burnaby city council approved the use of $500,000 from its community benefit reserves for consulting work on the project, specifically on the potential size and floor area of the venue, building configuration, market demand for such a facility, economic benefits, and the supporting hospitality infrastructure required, such as nearby retail, restaurants, and hotels.

A private contractor for the consulting work will be selected through a request for proposal process.

“The facility is intended to be a multi-use centre, capable of hosting a variety of public assembly uses and events including celebrations, conferences, exhibits, festivals, installations, performances, trade shows and other significant gatherings,” reads a city staff report.

“While it is articulated in the adopted Metrotown Downtown Plan that the desirable location for the facility is within the Metro Downtown neighbourhood, the location, size, and scale of the project have yet to be determined.”

Although the precise type and size of performance and events venue has not been established, but the report indicates the consulting scope of work will identify “seating, stage, and technology options.”

Furthermore, the MDP identifies Lincoln Center in New York City as an example of a “large cultural and entertainment facility.” Such a facility would support the economic development and activity of the Metrotown area.

The municipal government expects the new facility will require significant funding from the city, which will be allocated from the community benefit bonus policy of permitting area redevelopments with additional density in exchange for community amenity contributions.

Over the long term, the MDP envisions a demolition and redevelopment of Metropolis at Metrotown shopping mall into a new high-density, mixed-use district with a new street grid, residential and office towers, and street front retail and restaurants.