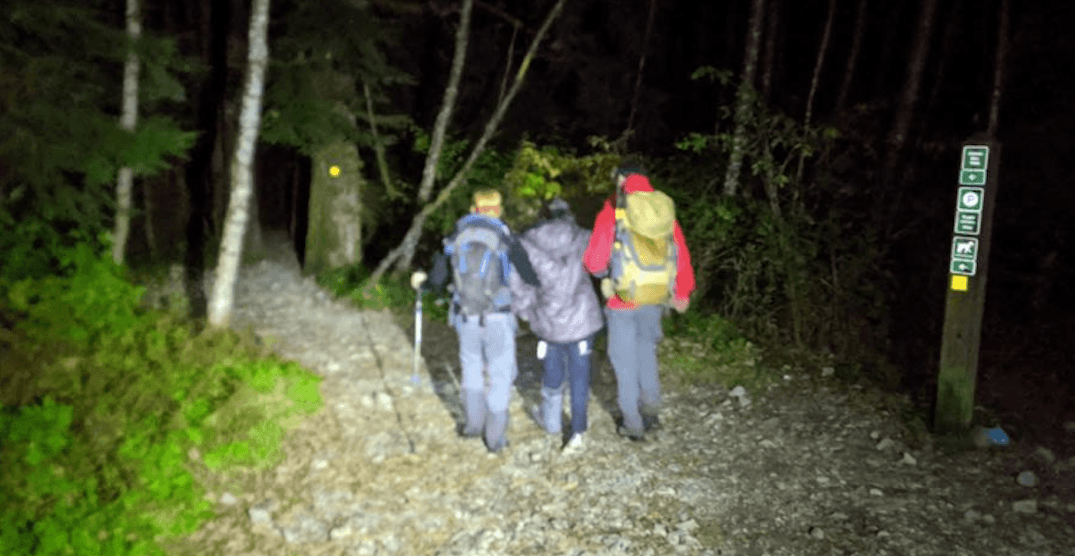 A woman who hurt herself while hiking and was subsequently left behind by her hiking companions, was saved by North Shore Rescue (NSAR) on Monday evening.

According to NSAR, crews were called out around 7 pm for reports of a female hiker with an ankle injury on the Coliseum Mountain Trail (above Norvan Falls). 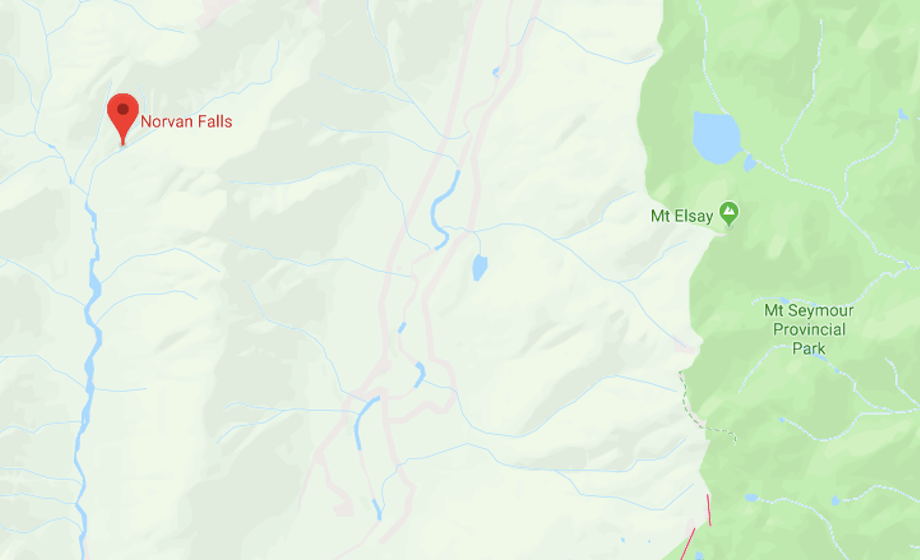 The call came from another man who was hiking down the trail and came across the injured woman.

Despite the fact that the area where the woman was had little to no reception, NSAR said the man was “somehow” able to get a 911 call through and alert authorities of the situation.

The woman also indicated she had been hiking with a companion who had left her.

In response to the call, NSR deployed teams to the Lynn Headwaters and Rice Lake trailhead, and it was here that they encountered the rest of the woman’s hiking group as they were preparing to leave.

The group told search crews that they had split up into two groups: three in the fast group and two in the slow group (a man and the woman). NSAR determined that at some point, the man left the woman behind – although they noted it is unclear whether this happened before or after the woman hurt herself.

“This group was planning on leaving the area and had no plans to phone 911,” they added.

NSAR credited the man who found the injured woman for his help in the situation. “This person also helped her down the trail until NSR crews were able access her, provide first aid, and assist her out,” they said.

Speaking about the incident, NSAR said it is “extremely concerning that a hiking group would leave one member behind and had no plans to contact authorities.” It is believed that this group had met up via an online meetup website/app, they added.

“Our SAR Manager had a long chat with the group, making sure to emphasize that not calling 911 if someone does not return is a very bad, life-threatening decision,” said NSAR. “We would like to thank the Good Samaritan for his actions, phoning 911, and assisting the injured hiker until crews arrived.”