Row of townhomes in Vancouver (romakoma/Shutterstock)

Less than 5% of housing in Vancouver is owned by non-residents of Canada, according to a new report from Stats Canada.

Those findings, released today in conjunction with the Canada Mortgage and Housing Program (CHSP), were part of a nation-wide report that took a closer look at who owned how much, and where, when it came to housing.

That said, estimates of non-resident property ownership varied by the property type itself.

Broken down even further by municipality, the report found that non-resident ownership was most concentrated in the City of Vancouver (7.6%), followed by Richmond (7.5%) and then West Vancouver (6.2%). 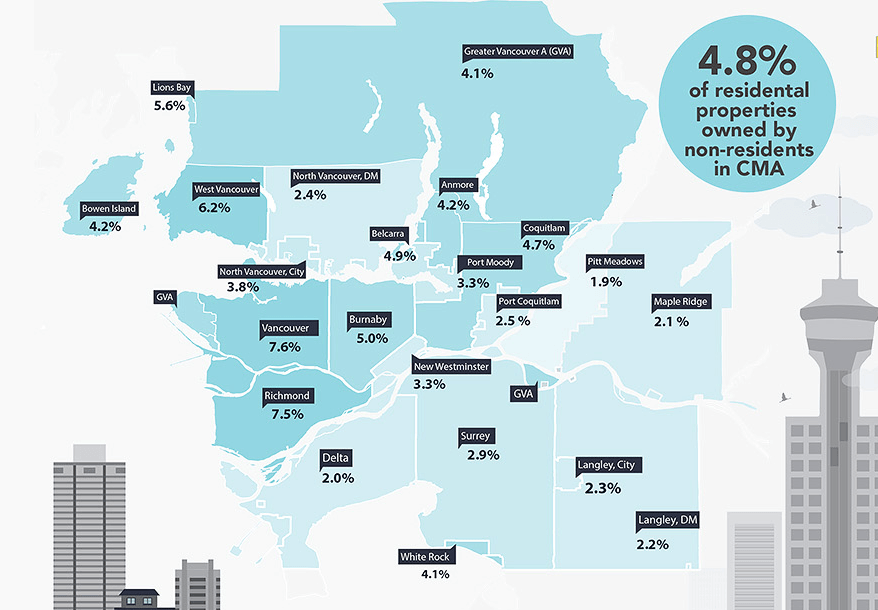 The City of Vancouver had the highest rate of non-resident ownership of condominium-apartments within the CMA.

The average value of these apartments was approximately $930,600, which was 25.6% higher than resident-owned.

Across the region, the average value of each of these property types was higher for non-resident owned properties than resident owned, with the disparity greatest for single-detached houses.

The average value of a single-detached house owned by non-residents was approximately $2.3 million, compared with $1.6 million for resident-owned.

These differences were most pronounced in the City of Vancouver and West Vancouver.

StatsCan said the report was created to ” develop a framework designed to address data gaps related to housing.”