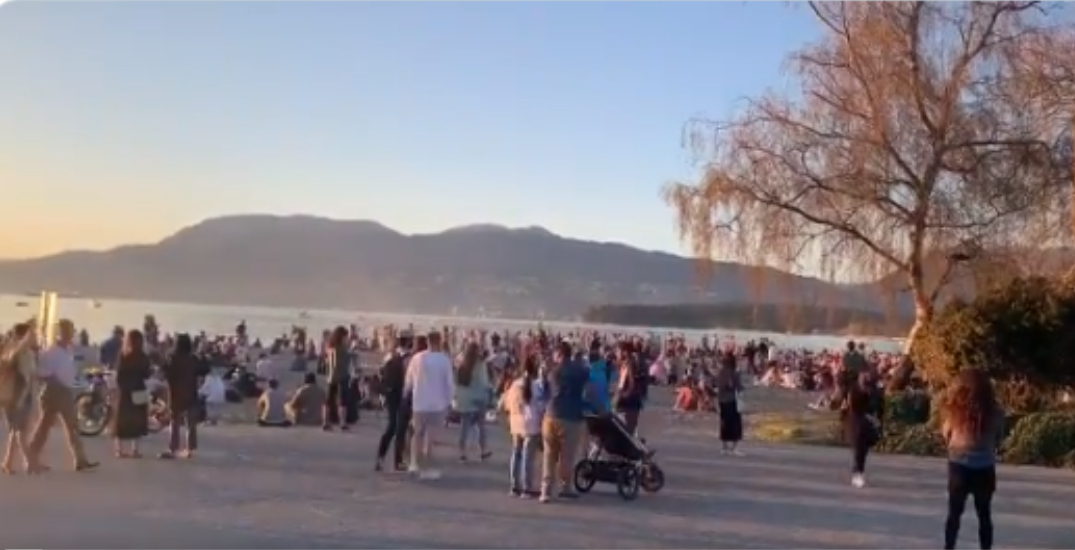 The Vancouver Police Department will be “reassessing” its approach to outdoor parties following a weekend of large public gatherings on the city’s beaches.

In a series of tweets shared on April 18, Mayor Kennedy Stewart said he’d been in contact with VPD Chief Adam Palmer after the back-to-back parties, which saw beaches along English Bay packed with people.

“I know it’s been a long winter. I know it’s frustrating not being able to see your friends, but now is not the time to be gathering in large groups,” Kennedy tweeted.

I know it’s been a long winter, I know it’s frustrating not being able to see your friends, but now is not the time to be gathering in large groups.

I’ve been in contact with Chief Palmer and after a busy weekend the VPD will be reassessing their approach to outdoor parties. https://t.co/jM83qVs7wL

Although outdoor gatherings of up to 10 people are allowed in BC, health officials have “discouraged” them due to rising case counts and a record number of hospitalizations.

Video shared on social media over the weekend shows far more than 10 people gathered for a “dance party” on Kitsilano Beach.

A spokesperson for VPD told Daily Hive that officers didn’t receive any calls to the beach.

The mayor said police have “better things to do” than break up parties that violate health orders, citing a gang-related shooting in Coal Harbour on Saturday night.

“Instead of adding to their plate, putting yourself, and others at risk, and adding stress to our health care system, stay close to home and out of large groups,” Kennedy said.

“It’s not forever; it’s just until we can roll out vaccines and get our community protected.”