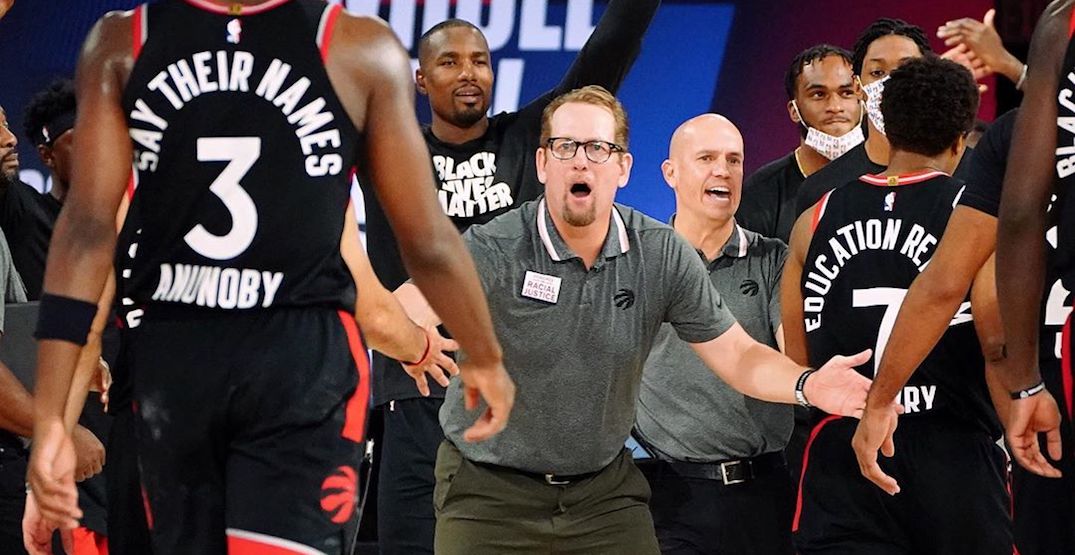 The Toronto Raptors are holding onto Nick Nurse, signing the second-year NBA head coach to a multi-year contract extension. The team did not disclose financial terms of the deal, though it’s fair to assume it’s a rich deal.

Nurse had a tough act to follow two years ago, replacing the reigning Coach of the Year when he took over as Raptors head coach following the firing of Dwane Casey. It’s fair to say that he’s delivered better results than anyone could have predicted.

Nurse has had two spectacular seasons as Raptors head coach, leading the team to an NBA championship in 2019.

This season, Nurse’s job as coach was even more impressive, leading the Raptors to the second-best record in the NBA (53-19) and a franchise-record .736 winning percentage despite losing Kawhi Leonard in free agency. The Iowa native coached at the All-Star Game in February and was named NBA Coach of the Year last month.

“Our confidence in Nick just continues to grow, and part of that comes from what we’ve experienced together,” said Raptors president Masai Ujiri. “The past two seasons have been unlike any other in our team’s history – first, winning our championship, and then navigating a global pandemic and committing long-term to the fight against racism and for social justice.

“Nick has proved that he can coach on the court and lead in life, and we’re looking forward to accomplishing great things in the future.”

The Raptors lost to the Boston Celtics in the second round, though Nurse’s all-time playoff record is still sparkling at 23-12 over the past two seasons. His team is always lauded for its commitment to team basketball on offence, and tenacious defence — both qualities that reflect well on a coach.

“My family and I will always be appreciative of Larry Tanenbaum and MLSE ownership for this opportunity. I’m grateful to Masai, Bobby, and the players for their trust and their hard work,” Nurse said. “Toronto has been my home for the past seven years, and I look forward to it being home for many more. I’ve watched this franchise grow and reach the pinnacle, and I look forward to the challenge of helping us win another championship.”