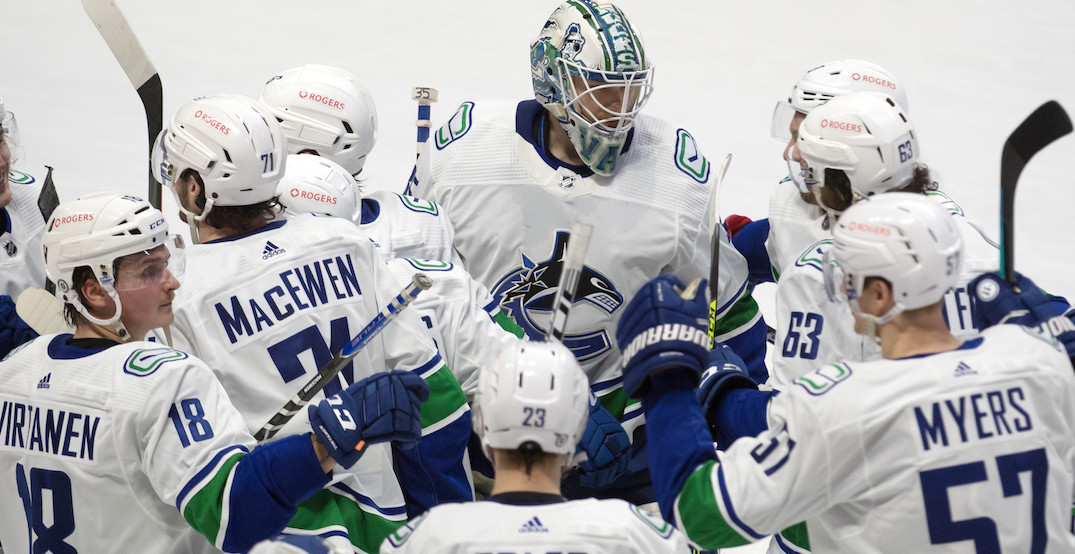 After nearly every Vancouver Canucks player has tested positive for COVID-19, you may be wondering when, or if, they will return to the ice.

So far, every indication is that the Canucks will resume their season at some point.

More games will be rescheduled, as so far, the NHL has only officially announced game postponements through Vancouver’s last four games. The Canucks were scheduled to play Thursday and Saturday in Calgary, which are now listed as postponed on the Canucks website.

According to a report from Darren Dreger on NBC Sports Network, the NHL is now targeting the end of next week for the Canucks to return to play.

As I mentioned in my pregame segment on @NHLonNBCSports, the NHL is targeting the end of next week for the Vancouver Canucks to return to game action. Still a fluid situation.

Such a move would mean both games in Edmonton — on April 12 and 14 — would also be postponed. The last game of next week is Saturday, April 17 against the Toronto Maple Leafs at Rogers Arena.

If the Leafs game on April 17 is indeed the return date, the Canucks will have gone 24 days between games. That date would also mark 17 days since the first postponed game on March 31.

While not every player will likely be free to leave quarantine by then, the team can call up players from the minors to help fill holes in the lineup.

The NHL was hoping to wrap up the season May 8, but they did build in contingency to extend the regular season by a week to 10 days, in case of complications due to the pandemic.