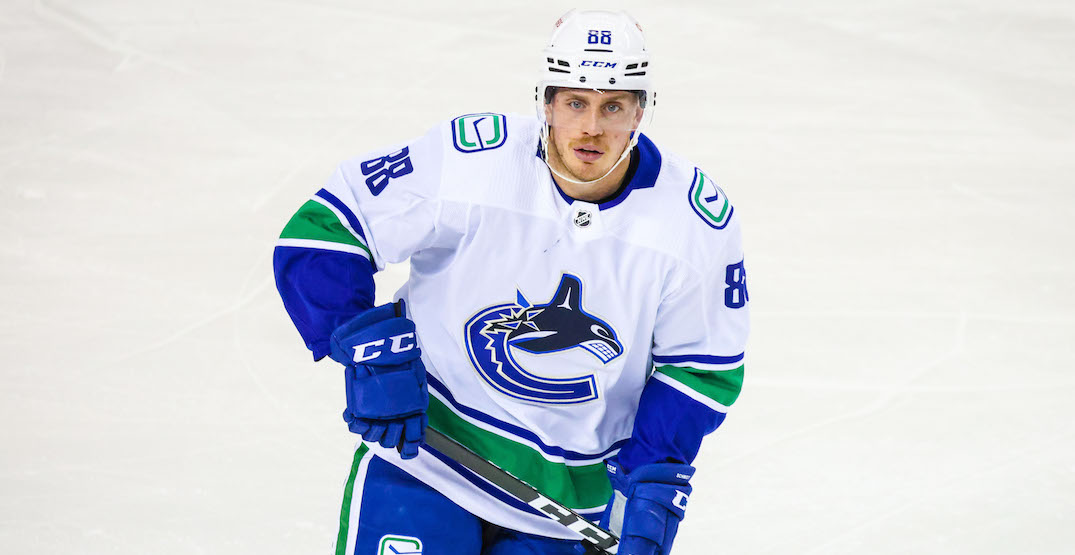 That number is up to 19 players, but that doesn’t include coaches, staff, and players from the taxi squad. The Canucks announced earlier today that 25 members of their team had tested positive for COVID-19, and that the source of the rapid spread was a COVID variant acquired by a player in the community.

This is the seventh consecutive day that at least one Canucks player has been added to the COVID list. There are now just four players from the active roster — Brock Boeser, J.T. Miller, Jimmy Vesey, and Jordie Benn — that aren’t named on the list.

According to reports, some Canucks players have been suffering from variant symptoms, including “vomiting, cramping, and dehydration.” Brandon Sutter is reportedly suffering from body aches, headaches, and chills.