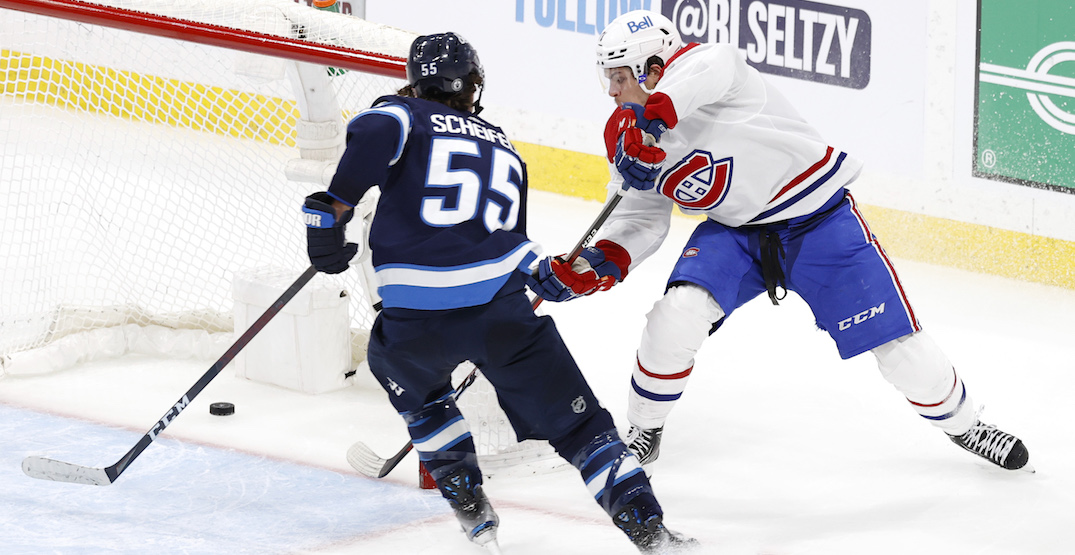 The NHL has suspended Mark Scheifele four games for a devastating bodycheck he threw on Jake Evans late in the Montreal Canadiens series-opening win over the Winnipeg Jets.

The incident came in the final minute of the game, just as Evans was putting the puck into the empty net to restore a two-goal lead for the Canadiens. Rather than try to prevent the goal, Scheifele steamrolled Evans and was assessed a five-minute major and a game misconduct for charging.

In a video put out by the NHL Department of Player Safety, the league explained that Scheifele finished his check “violently and unwarranted force, making significant head contact in the process and causing an injury.”

The Department of Player Safety also referenced the NHL rulebook, which states: “Charging shall mean the actions of a player who, as a result of distance traveled, shall violently check an opponent in any manner.”

The fact that Scheifele did not make a play on the puck was also referenced, as it disproves the Jets’ forward’s assertion that he was skating back fast to prevent a goal from being scored.

This suspension has the potential to end Scheifele’s season, as the Jets are down 1-0 in their series against the Canadiens and he isn’t eligible to return until Game 6.

Habs players were outspoken about the hit following Wednesday’s game, with Joel Edmundson saying: “If he gets back in the series, we’re going to make his life miserable.”

“It’s disgusting,” said Jesperi Kotkaniemi. “Players should have a little respect for the other players out there. I’m not saying anything more than that.”

Evans was not transported to hospital, but is out indefinitely with a concussion, Canadiens coach Dominique Ducharme said today.