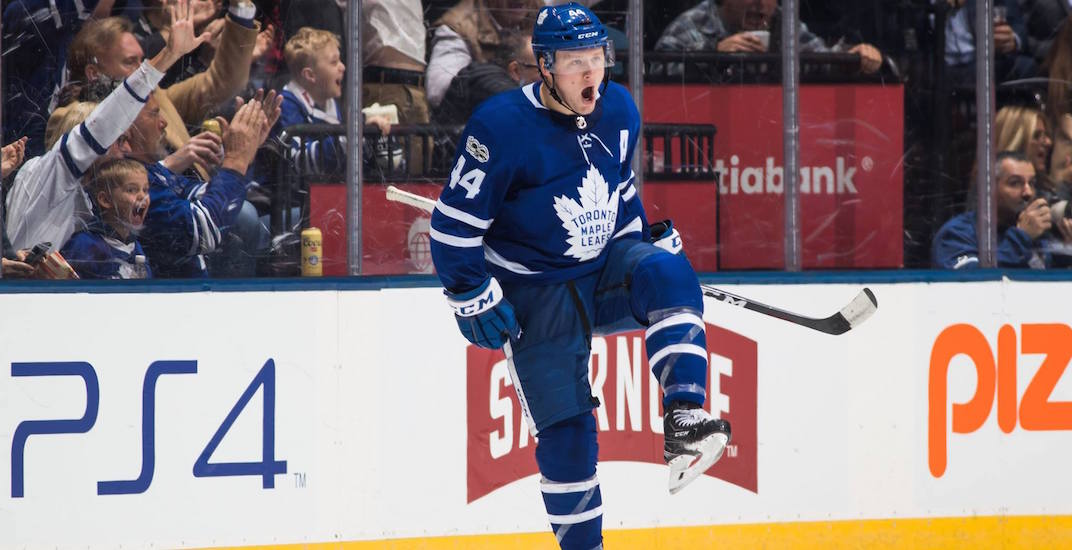 Following a thorough investigation, the NHL has determined Maple Leafs defenceman Morgan Rielly did not direct a homophobic slur at an official during Monday night’s home game against the Tampa Bay Lightning.

During the end of the second period, while the Leafs were on a power play, camera mics picked up what sounded like “f*cking f*ggot,” as Rielly and Tampa Bay’s Yanni Gourde skated into Toronto’s defensive zone.

Following the game, the NHL launched an investigation into the alleged incident shortly after the game. By Tuesday afternoon, the league had determined Rielly did not direct a homophobic slur at referee Brad Meier.

“League officials interviewed several of the participants in the game — including Rielly and Meier — and reviewed video of the alleged incident. All of those interviewed adamantly denied that Rielly uttered a slur and the audio supported their statements,” said Colin Campbell, the league’s executive vice-president and director of hockey operations in a statement Tuesday.

“The National Hockey League does not tolerate language or gestures that disparage anyone based on their race, creed or sexual orientation and continues to work to ensure that our games are played in a welcoming atmosphere for all of our players, coaches officials and fans.”

After Monday night’s game, Leafs general manager Kyle Dubas also released a statement and said the team was cooperating fully with the league during the investigation.